Opinion: We should have started hybrid learning in August 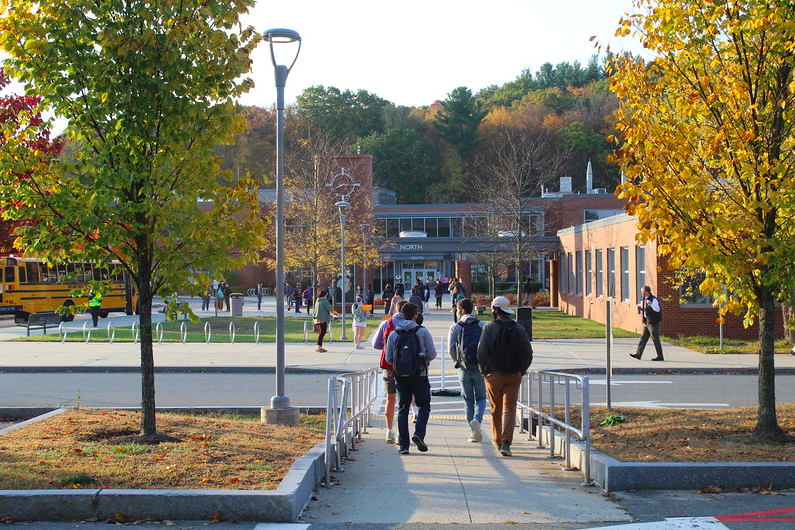 Wayland decided to be unique in deciding when we were to start in-person learning. We watched other schools like Weston have success starting in August, but we still stuck with our plan to begin in mid-October. Just two weeks before we began hybrid learning, an article came out in the Boston Globe urging to get students back in the classroom, claiming time was running out before cases were going to skyrocket. Why did Wayland hesitate?

We were able to attend school for a week before COVID cases started popping up; if that happened in just five days, what would the winter look like? Looking at how things are going right now, it’s going to be tough to make it to Thanksgiving break, let alone winter break. We should have started in late August when cases in Massachusetts were low and teaching outside was possible. Wayland was late to the game on this one, and it’s beginning to show.

Wayland could have used the warm weather to their advantage had we started in late August. This would have allowed teachers to hold outdoor classes, which limits the exposure compared to indoor ones, not to mention the natural ventilation the outdoors offers. Adding tents and desks would have been an easy adjustment that could have lasted us for a solid month. This also limits the number of students in the building at a time since some are outside, which means less exposure when students are crowding the halls during transition periods.

Outside classes aren’t just good for social distancing – they’re also good for students’ social, emotional and mental well-being as they return to schools from months of being at home and learning online. Times have been hard since the pandemic arrived, not to mention online school didn’t exactly fill the absence of in-person teaching in an academic sense.

Cases are rapidly rising in Massachusetts. On Nov 5., there were 1,761 new confirmed cases and 23 deaths, which is the highest number of new cases reported in a single day by the Massachusetts Department of Health this fall. This is all because of schools reopening indoors due to the weather getting colder and college students socializing. Back in August, there were fewer cases because not all of these activities were happening. It would have been more strategic to go back when cases in Massachusetts were not rapidly increasing as they are now.

If we began in August, we could have squeezed in more days to offset the remote days that we are likely going to be participating in during the winter. This could have helped decrease screen time among students and allowed them to have a good amount of in-person teaching. We all know Zoom is nothing compared to in-person learning.

This can be a good learning experience for the Wayland Public Schools Department. They need to be on the ball with these issues and take feedback from others. As a student, I know both me and many others sent emails urging for a change in the start date but received no feedback. In the future, it’s important that all of us voice our opinion, especially on an issue that affects us all.