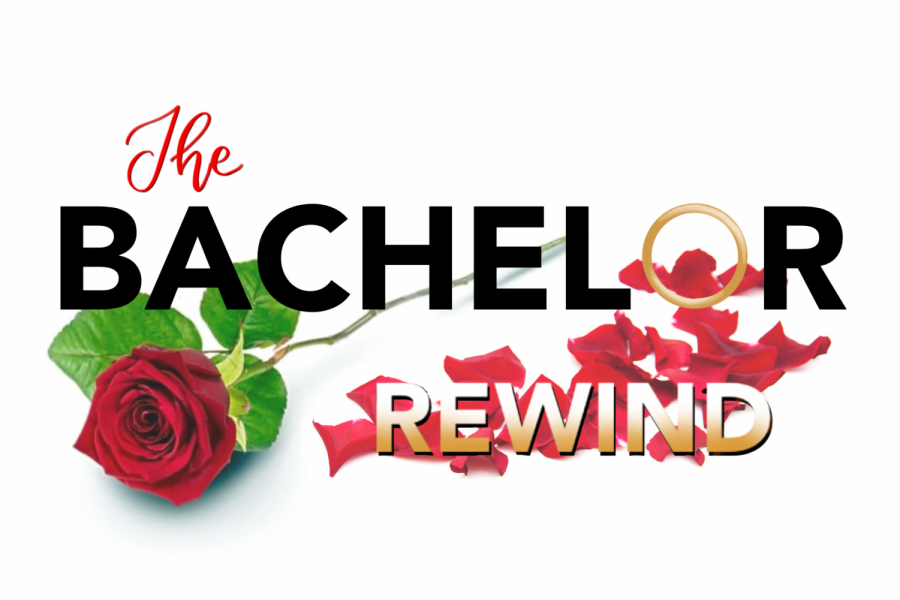 *Warning: spoilers for “The Bachelor” ahead!*

Hello and welcome back to “The Bachelor Rewind!” It’s been a while since Tayshia’s season wrapped up, but don’t worry because we now get to enjoy “The Bachelor.” We have a ton of things to get to, so let’s get things going.

To brighten up the new year, Matt James has entered our TV screens as the new and improved Bachelor! If he doesn’t look familiar, it’s because he’s never been on any Bachelor-related show. He is mostly known for being fan-favorite Tyler Cameron’s best friend and was supposed to be on Clare’s short-lived season of “The Bachelorette.” However, after further consideration, the production team decided to make him the Bachelor back in July. Never being on the show could be a good thing because he’ll be experiencing everything for the first time with the women—but it also means that he could be more likely to give into what producers want: forced drama. Although drama is great for quality shows, it does make the show more frustrating to watch.

For now, let’s focus on night one of this season, possibly the most nerve wracking night for both the Bachelor and the women. The ladies were determined to leave the best first impressions. Whether it was showing up in expensive cars or having Matt personally pick out an outfit, these girls really thought of everything. However, there was one girl in particular who really tried her best to impress Matt: “Queen” Victoria. She rode up in a luxurious chair carried by four men, wearing a (definitely fake) tiara and giving Matt his very own crown. The best part, however, was her tripping on the stairs after meeting Matt for the first time. Another girl who made an interesting entrance was Kit: mind you, she’s only 21. That’s right, we’re shocked too. She came in looking rather spoiled and seemed to have an entitled side to her. She is not currently a top choice for us and is simply way too young for this show.

As the night went on and limo arrivals came to a close, Matt had one-on-one conversations with most of the women. Although highlighted conversations included those with Bri, Khaylah and Rachael, one stood out more than the others: Abigail’s. When she was first introduced to Matt, she explained that she is deaf but wears an earpiece to enhance her hearing, and the two seemed to hit it off immediately. For now, she is someone to keep an eye on. And as it came time for the first impression rose, Matt’s conversation with Abigail made him smile like no one else’s, so he decided to give her the first rose!

Speaking of roses, the rose ceremony (complete with dramatic music, as per usual) concluded night one and the episode. With the women he has left, the previews for the coming episodes look fun and exciting, and we can’t wait for next week. Stay tuned as we unpack the rookie Matt James and his story to find love.