“The Demise of Democracy”: the world reacts to the Capitol “protests” 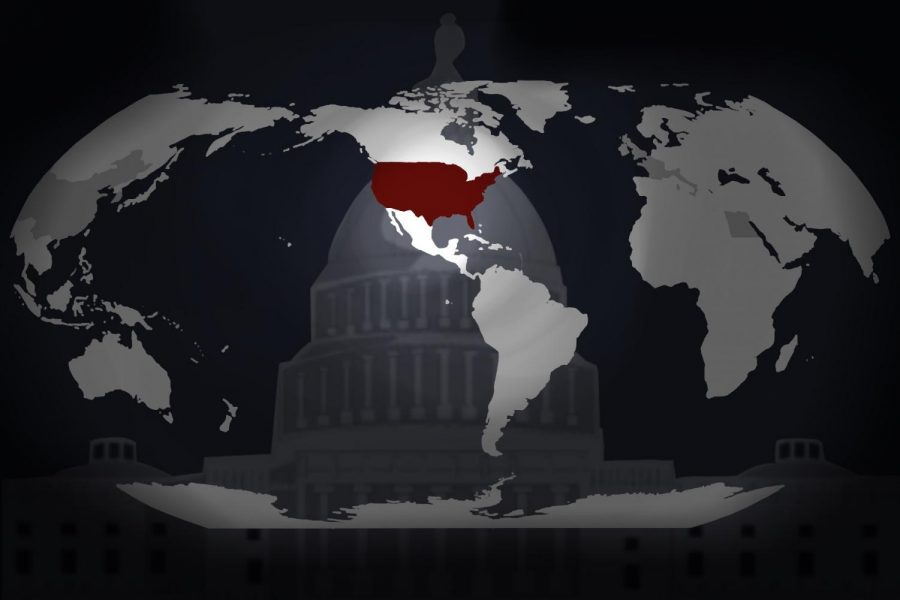 People across the world were taken by surprise when a group of rioters struck the U.S. Capitol Jan. 6 in protest to the presidential election results. Both country-wide and world-wide, many people expressed their shock, anger and disapproval of what is now being referred to as an insurrection. “I think and hope that the American democracy will find its place again,” an anonymous respondent said.

Jan. 6, 2021, is inarguably a day that will go down in American history: Confederate flags, guns drawn inside the House Chamber, intruders in Nancy Pelosi’s office to conquer her desk and a lack of masks to tame the spread of the still prominent COVID-19. All on the grounds of the United States Capitol.

After one of the most controversial presidential elections in history, President Donald J. Trump persists that he won the 2020 Election even after the electoral vote was certified at 306-232. The election process consumed most Americans’ lives throughout the end of 2020, but come 2021, we were surprised once again both by President Trump’s words and the violent insurrection at the Capitol, ultimately leading him to be the first president in American history to be impeached twice.

Most Americans know how they feel about the riots at the Capitol, but what do people around the world think about this historic event?

Like many, Dong Lee, from London, England, was shocked at the sight of the riots. He compares the violence to “something from one of those apocalyptic films,” and was surprised at how “easily it appeared to have been [to] overrun and how long it took to take back control of the situation.”

While officials are still understanding the extent of the planning to attack the Capitol, many Americans and non-Americans alike wonder how the rioters not only surpassed police barriers but entered the Capitol building and made their way to Speaker of the House Pelosi’s office.

“I was angered. A lot,” Margherita DeBonis from Rome, Italy said. “Then I saw how they took possession and entered so easily and directly. It really annoyed me.”

The sight was unfathomable for many, not only because it happened just days before the transfer of power to the next administration, but also because the crowd seemed to grow exponentially. With multiple thousands of people storming the building, it was difficult for Eve Allenou from Montpellier, France to believe her eyes. Initially she, “thought that it was fake news… it couldn’t be possible.”

“An American citizen cannot go to the Capitol,” Allenou said. “I thought it was too well-guided. When I started looking into it, I was like, ‘Damn, okay, this is true.’”

While it’s clear that American politics have been divided for some time, the November 2020 Election only caused more ruckus—but not more than the insurrection on Jan. 6. Both during and shortly after the attack on the Capitol, politicians, news reporters and ordinary people everywhere criticized Trump’s lack of control or even response to the violence.

“I know your pain,” Trump said in a video that was eventually taken down by Twitter, Instagram and Facebook. “I know you’re hurt, but you have to go home now. We can’t play into the hands of these people. We have to have peace. So go home. We love you. You’re very special.”

The response—a recorded video sent to the public—did not incite tranquility throughout the country but rather more unrest. If American politics have ever been under attack, now is when non-American citizens can clearly point it out.

“This wasn’t a good representation of American politics,” DeBonis said. “I think that now, especially, you guys are living in a difficult situation and people need to speak out against Trump.”

Being one of the most influential countries globally, the United States is often inspirational in the eyes of foreign citizens. The freedom of speech they praise and the strong leadership they reference. Even now, do outsiders still see American politics as strong and stable? Allenou expresses her fear that those who idolize America and its politics will soon join in agreement with Trump’s rhetoric and the actions of his supporters.

The United States had previously received international attention on June 1, 2020, when a crowd of similar size to those who stormed the Capitol gathered outside of the White House, calling for racial equality and an end to police brutality after the police killing of George Floyd. Over the summer of 2020, Black Lives Matter activists prompted hundreds of protests nationwide and eventually brought a global fight against racism.

After the violence at the Capitol, many pointed out the striking contrast of the law enforcement reaction between the incident and Black Lives Matter protests, the two demonstrations that became the most prominent reactions regarding democracy in the U.S. Capital.

“When the media covered the riots, I saw videos and photos comparing the Black Lives Matter movement to the attack on the Capital,” DeBonis said. “[During the Capitol riot], the police were calm. They didn’t do anything. Instead, during other protests with people of color—which were just—the police were much more violent.”

Back in the summer, Black Lives Matter protesters in many cities, including the nation’s capital, had confronted tear gas, violence and arrests from the National Guard: excessive use of force against peace. However, when the democracy of the U.S. was threatened during the Capitol attack, there was no anticipation of the National Guard.

“I was really in shock with the riots of Wednesday,” Allenou said. “I can’t believe the difference between BLM and people taking down the capital. It’s a whole different goal. First of all, BLM is taking care of a community while the riots are attacking American politics directly, and that’s a huge assault.”

As Trump’s Presidential term is coming to an end, the global attention is drawn to the United States once again, with many being curious about the nation’s future with President-elect Joe Biden in the office.

“I began to feel concerned about how much further democracy in America will decline,” Rachel Son from Vancouver, Canada said. “But I also see this as part of the challenge Biden will have to overcome. I’m curious to see how America will clamp down on the riot without adding fuel to the fire.”

Some people, like an anonymous respondent from Milan, Italy, “saw the crowd made up of young people armed with guns, men and women of middle and old age, all without masks and protection,” and are worried about the additional deaths to come in the United States with the coronavirus still killing thousands every day. However, they also seek optimism as Biden will become the nation’s new leader on Jan. 20.

“I think and hope that the American democracy will find its place again,” the anonymous respondent said. “I am personally glad that Trump is gone, and I hope America will repair this wound.”