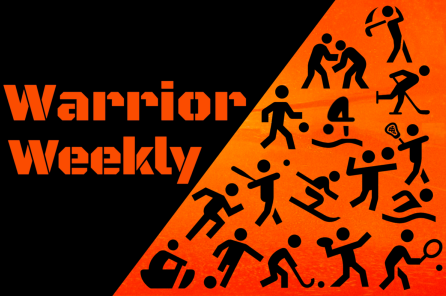 WSPN's Garrett Spooner discusses the Cinderella teams that have the ability to make the Final Four of the NCAA Tournament.

This year’s NCAA March Madness tournament has caused more chaos than any other year. No perfect bracket stood past the second day of the tournament. The last perfect bracket, of course, was broken when 10 seed Maryland upset seven seed Connecticut. The NCAA Tournament’s immense insanity has been largely due to the presence of multiple Cinderella teams that have beaten high seeds despite being lowly ranked themselves. Here are a few of those teams that I feel have a legitimate chance to make the Final Four.

The most unexpected of the following teams, Oral Roberts has dominated their opponents all tournament long, even beating a tournament favorite of many in Ohio State. They are led by sophomore Max Abmas, the country’s leading scorer who averages 24.5 points per game. When thinking about Abmas, an obvious comparison comes to mind: Isaiah Thomas. Abmas, while lacking on the defensive end, is excellent at scoring the ball over much taller defenders.

Outside of Abmas, the Golden Eagles have Kevin Obanor, who dropped 28 points and had 11 rebounds in their second-round victory. The Golden Eagles are no fluke; however, Arkansas is a daunting task ahead of them on Saturday night.

It’s time to stop seeing this Loyola Chicago run as surprising: they are legitimately built as a national championship team. Cameron Krutwig is a talented senior big who has been to the Final Four already. In Loyola’s second-round victory against top-seeded Illinois, Krutwig had 19 points, 12 rebounds, and five assists while guarding dominant center Kofi Cockburn of Illinois. Sophomore transfer Braden Norris has been excellent at the point guard role, and senior Lucas Williamson has been a key two-way force, carrying the Ramblers past Georgia Tech in the first round with 21 points.

While Loyola Chicago has an excellent roster, they are also aided by the rest of their potential schedule in the tournament. By eliminating Illinois, they have arguably defeated the toughest opponent they will play until the National Championship if they were to get there. Twelfth seeded Oregon State will be a test on Saturday, however, Loyola Chicago has the talent and coaching to get by them.

It’s strange, calling a blue-blood like UCLA a Cinderella team; however, their performances have picked up exponentially since playing in the NCAA tournament. Sure, they had to get past a weak Abilene Christian team in the second round; however, they beat the likes of Michigan State and BYU in the rounds before. Kentucky transfer Johnny Juzang played 42 out of 45 minutes in their overtime win over Michigan State, dropping 23 points in a crucial victory. Against sixth-seeded BYU, Juzang was even better, scoring 27 in the victory.

This Bruins team is no joke. They are loaded with five-star recruits, coached exceptionally well, and are motivated to represent the Pac-12 conference well. Unfortunately for them, they meet Alabama, the hottest team in the NCAA right now, in the Sweet Sixteen. If UCLA can muster up a victory, there is no doubt that they have the potential to beat Michigan or Florida State in the Elite Eight to secure a Final Four berth.