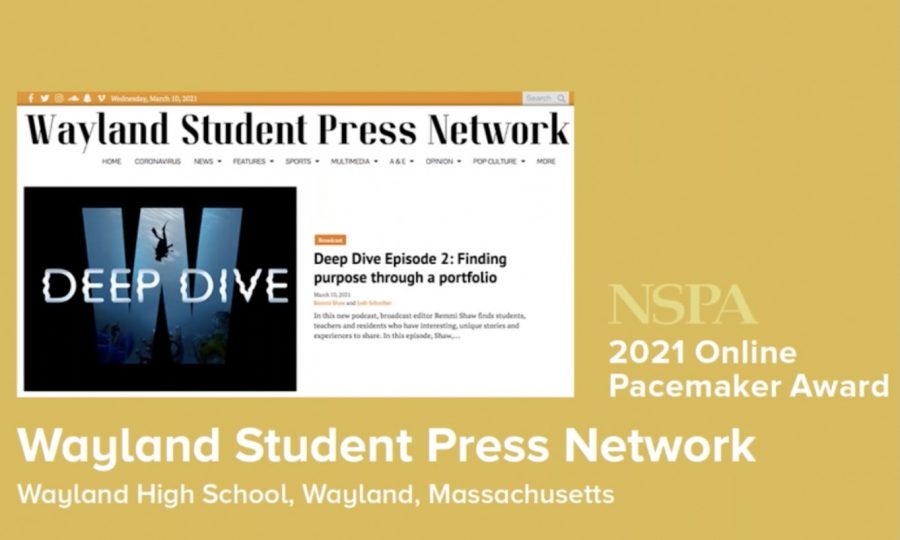 On April 10, 2021, WSPN was presented with the NSPA 2021 Online Pacemaker Award. Only 13 winners were selected out of approximately 160 online news sites.

The Wayland Student Press Network won the prestigious NSPA Online Pacemaker Award during the virtual JEA/NSPA 2021 Spring Convention on April 10, 2021. The Pacemaker is scholastic journalism’s preeminent award and is given to school newspapers that demonstrate excellence in journalism. This is the second year in a row that WSPN has won this award.

The NSPA announced 43 scholastic news sites as finalists on March 25. To select the Pacemaker finalists, judges carefully studied approximately 160 sites submitted from 30 states and three countries. Out of the 43 finalists, only 13 winners were selected – and only two are from the East coast.