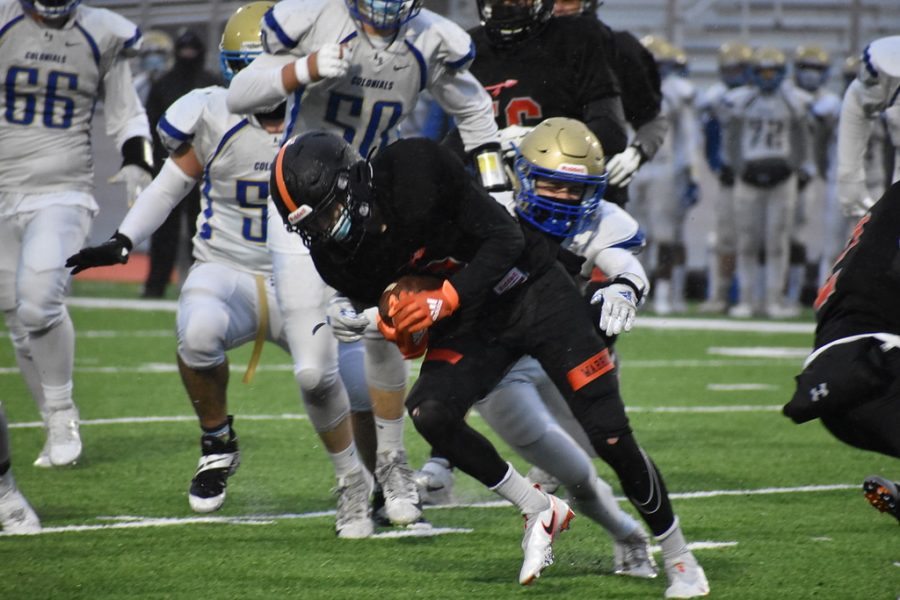 After gaining some yardage for the Warriors, junior Adam Goodfellow is tackled by a defender.

The Wayland Warrior football team took on Acton-Boxborough in a home consolation match on a rainy Friday night on April 16. After the first half, the Warriors were down by a few touchdowns and later in the fourth quarter tied up the game. The game went into overtime where both teams had one drive to score a touchdown. Acton-Boxborough went first and scored theirs, but once it was the Warrior’s turn, they cracked under pressure. Wayland threw an interception which caused a devastating loss of 21-29.