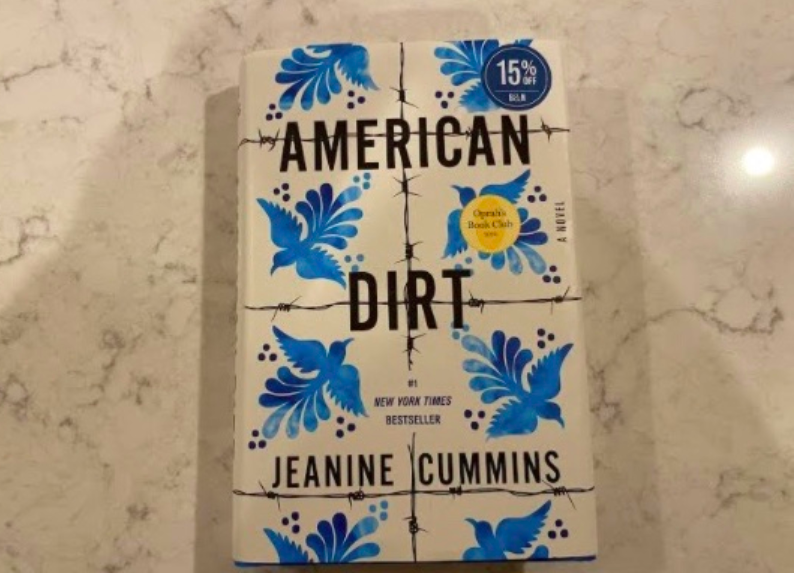 WSPN's Julia Raymond reviews American Dirt by Jeanine Cummins. Oprah chose this book as a top read for her book club, and Raymond dives deeper into the job the book serves.

“American Dirt” tells the story of a Mexican woman, Lydia, who is forced to leave behind her life in Acapulco, Mexico, because of the danger from drug cartels. The journey begins with the massacre of Lydia’s entire family during a quinceañera dinner. The only survivors are Lydia and her eight-year-old son, Luca. Lydia is forced to forget this nightmare and plan her escape to safety.

While reading this book, I was glad to be learning the experience of what migrants actually go through, until I did a bit of research. I was highly disappointed to read the author is neither Mexican, nor a migrant. I am not too fond of people writing about heritages that are not their own because they don’t have the experience to tell the story. There should be guidelines about who can tell what stories. These guidelines should also apply to who can review these stories, so I cannot accurately identify whether this book was a factual representation of what migrant life is actually like.

However, it should be acknowledged that the author, Jeanine Cummins, did not intentionally mean to offend the Latinx community. It is a well-intentioned book, to say the least. Immigration is a prevalent issue right now, so I think this book gives people a better understanding of what immigration is actually like for the people who go through it. Although not all of it may be factual, the book gives a general understanding of what it’s like.

With talk around the novel, other issues arose, for example, the publishing industry. The field of writing is a predominantly white industry and it’s not exactly welcoming to the Latinx community. Reyna Grande, a writer for New York Times, talks about her experience with the industry. It took her 27 attempts to get past the “border” the industry put up. Time after time she was told her immigrant stories didn’t matter and they were told already. The lack of Latinx writers is being acknowledged by many, including Oprah. Oprah posted on her website.

“Over the next several weeks we will be using this platform to share a diverse array of content, including books by Mexican and Latinx authors,” Oprah said.

Although this book told a somewhat inaccurate story of immigration through an American’s eyes, it shed a light on other important issues. I don’t believe the blame should fall on Cummins, for she told a story that had an impact on its readers. Instead, I think the writing community can take this book as a lesson for growth.