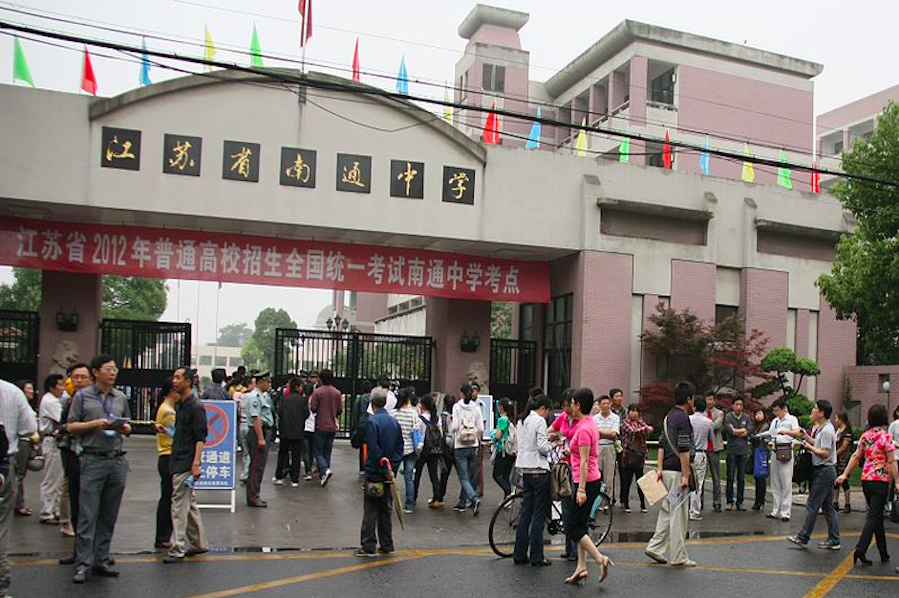 It’s that time of year again: standardized testing season. Students of schools all across the nation are scrambling to keep their stress levels in check with the approach of AP testing, SATs, ACTs and much more.

In the face of such high-stakes tests, it’s easy to get overwhelmed and succumb to pressure. As a student myself, I found myself in a situation of anxiety fueled by the unpreparedness I felt as the dates of my tests slowly crept closer. The subject of upcoming tests was an ominous unrelenting and indifferent force that would sneak into my mind every day like vultures drawn to carrion.

It wasn’t until I started talking to my relatives in China that I started to question if it was even right for me to feel stressed. My cousin is currently cramming for the gaokao, a test that every student in China takes after the final year of high school. The test is notorious for being impossibly hard and determines the fate of each student that takes it. Someone who does well on the gaokao is guaranteed admission into the college of their choice, while someone who doesn’t do well is limited to a select few colleges that they might not want to attend.

In China, the gaokao is everything. Colleges in China don’t take into account students’ extracurriculars, community service or athletics. A student’s admission is based solely on how well they do on the strenuous exam.

The test is also administered on the same day and time every year for all schools. What this means is that if a student is sick on the day of the gaokao, they can’t take it another day. Furthermore, if a student does poorly on the gaokao, and they wish to retake the exam, they have to go through another year of schooling. In other words, they’re held back for a year just so that they can retake one test.

In the U.S., we can make up any standardized test on another date. We have the added benefit of colleges looking at our applications holistically, taking into account who we are as people so that we have a better chance of being accepted into a college for who we are, rather than a number on a test.

Now, I’m not saying that these tests are unimportant, nor am I going to take the stance that standardized tests hold no weight in a student’s college application process. However, what I am saying is that sometimes it’s good to take a step back and breathe. Looking at the big picture of things is immensely important and vital for your mental wellbeing.

Once you do remove yourself from that constant state of stress and anxiety, you might realize that you’re lucky that you can take these tests and not have to worry about something like the gaokao. Something that’s helped me over the years is changing my perspective from dreading a test to feeling fortunate that I have the privilege of taking that test.

Lastly, to those of you who have already taken a test and feel that you might not have done as well as you’d hoped to, just remember that you can’t change what’s already happened. Don’t think about it until you actually have the test back. And if the score you get back isn’t what you were hoping for, just remember: it’s not the end of the world. In fact, something fortuitous often follows things that turn out poorly.

As the ancient Roman poet Horace once said:

“If now it is bad, and formerly it was bad, it will not be so in the future: in the future, the lyre awakens the silent muse, nor does Apollo always stretch out his bow.”