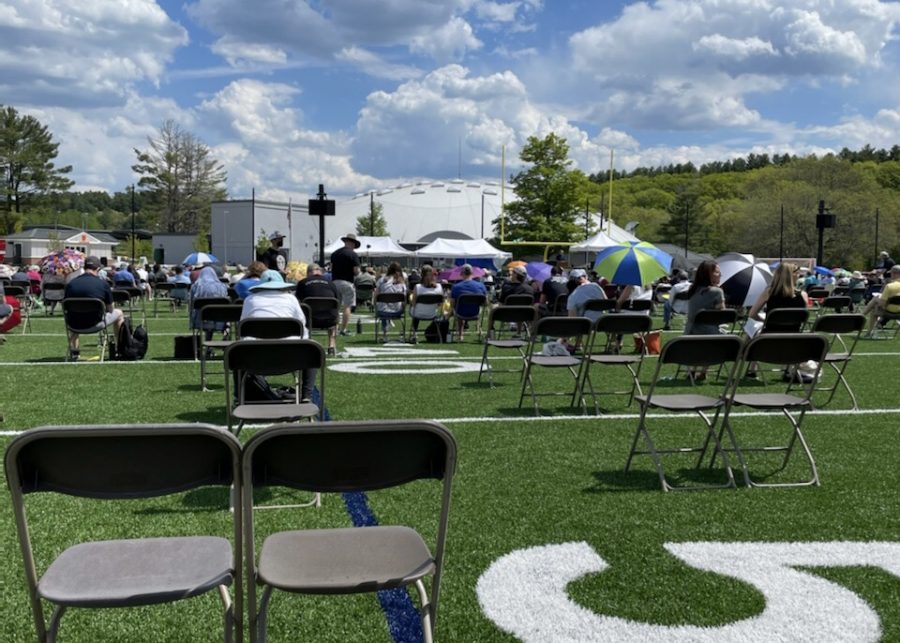 After 45 minutes of debate, Article 25: Loker Turf Field Construction, failed to pass at Wayland’s Annual Town Meeting. This article did not win the majority of votes but even if it had, it needed two-thirds in order to pass.

The proposed field was to be located at the Loker Conservation Area, an abandoned lot of land located at Route 30 and Rice Road. This land was purchased by the town of Wayland in 2000 for $1,700,000.

The main points that residents continued to bring up against the field were the price, environmental issues and the dangers of turf pellets.

The original price for the field was set at $3,600,000 but later lowered to $2,500,000 through $2,700,000. Environmentally, many expressed concerns about the removal of over 200 trees as well as how the turf would affect the PFAS water contamination issue. Some citizens were also worried about the turf pellets causing cancer to children who played on them.

Wayland residents in favor of the turf field talked about the high demand for a playable field. With over 6,000 people of all ages using fields in Wayland, there are currently not enough fields. Wayland’s grass fields average 800 to 1,000 hours of play on them a year which is nearly double the recommended amount. For the spring season, the town closed two fields at Claypit Hill Elementary School due to the poor conditions.

The addition of this turf field had been voted on many times at Town Meeting, last year only 18 votes from the two-thirds majority needed.