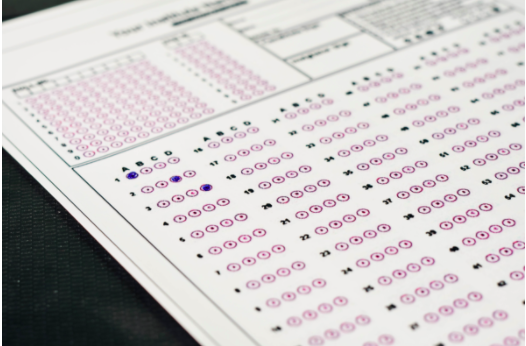 Standardized tests have been a core aspect of the average high school career for over a century. However, due to the COVID-19 pandemic, testing centers have been forced to shut down on a frequent basis, which has restricted student access to the tests. “I was scheduled to take [the SAT] in Fitchburg, MA, which is around 30 minutes from my house,” WHS junior Christopher Nunn said. “After my test got canceled, though, [I found] that the only remaining available locations were in Connecticut and New York, which was extremely annoying.”

Recently, Framingham High School joined numerous other standardized testing centers across the country in opting to refrain from holding their previously scheduled June administration of the SAT. As a result of the COVID-19 pandemic, those running testing centers for exams such as the SAT and ACT have continuously decided to close, including some that WHS students have attempted to access. In a year during which many have lamented the uncertainty injected into their long-term plans, students have faced obstacles in completing a significant aspect of the college process.

One of the foremost issues that closures forced students to contend with regarding the aforementioned closings has been that officials shut down test centers with in mere weeks, or even days, of students’ exam dates. This has caused some students to reschedule their tests at inconvenient times and locations.

Junior Christopher Nunn, who attempted to register for Fitchburg High School’s June SAT, found himself in an extremely difficult situation after being informed that he would not be able to take his test at the location which he had planned to do so.

“I was scheduled to take [the SAT] in Fitchburg, MA, which is around 30 minutes from my house,” Nunn said. “After my test got canceled, though, [I found] that the only remaining available locations were in Connecticut and New York, which was extremely annoying.”

Given that testing companies can call off tests at any moment, some are reluctant to spend large amounts of time studying for their future exams.

“I might not want to spend a ton of time studying for the test just for it to be canceled,” sophomore Zach Todd said.

Sophomore Declan Murphy, who plans to take the ACT in the early stages of the summer, noted that he would have to work continuously for a long period of time should his test be canceled.

“If my test were to be canceled, I would be left with a large predicament because ACT doesn’t offer tests over the later parts of summer,” Murphy said. “This means I would need to either study throughout the summer or try to relearn everything in September.”

Students need to alter their routines due to the cancellations, a process that can cause students to feel a sense of discomfort.

“I was prepared to wake up in the morning and drive to Fitchburg, but [my test being canceled] kind of threw a spanner in the works,” Nunn said. “I had to drive for hours, stay in a hotel overnight, sleep in a bed that wasn’t mine and have a different breakfast. There was no consistency”

Although many students have derived great amounts of tension from having to fret over whether or not they will be able to attend their test center, many do not overlook the importance of maintaining safety.

“Even though I wouldn’t want my test to be canceled, it is still more important for people to stay safe,” Todd said.

Furthermore, some haven’t been affected to a large extent. Certain studying techniques are better suited to the unpredictable situation in which students now find themselves. WHS sophomore Seth Rosen, who planned to take the June SAT in Framingham, felt as if he wouldn’t be tremendously impacted.

“I haven’t experienced many difficulties in terms of my studying for the exam,” Rosen said. “I was going to cram the week before [the test], so [the test center closing] doesn’t affect me.”

To combat the widespread unavailability of these exams, many colleges have made the submission of standardized test scores optional. That being said, some students still find it advantageous to submit an outstanding score.

“Even though a lot of my colleges are test-optional, the [admissions] statistics still show that the majority of students accepted did submit an [ACT or SAT] score,” Nunn said. “So although some universities may say that they’re [test] optional, [putting forth a meritorious score] does still increase your chances of getting into a good college.”

Despite the numerous qualms that have arisen due to the closing of certain test centers, many have been able to find positives regarding their test-taking situations.

“[My test center closing] was a bit disappointing, but now I have more time to study,” Rosen said. “I’m looking at the bright side of the situation.”