Opinion: People need to be more informed about the ongoing genocide in China 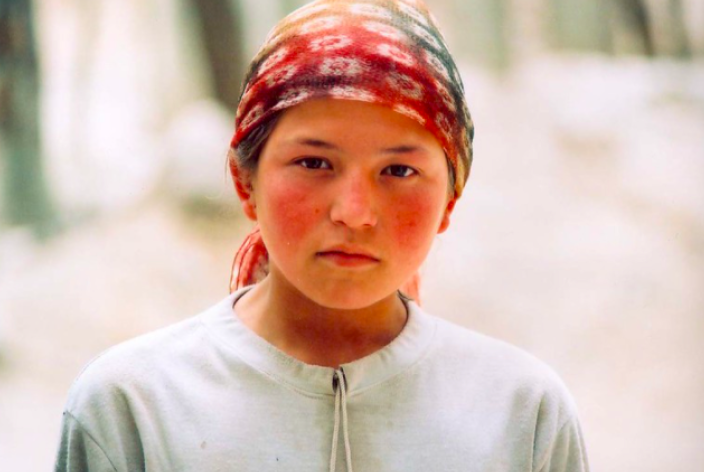 Living in a world dominated by technology and social media, almost everything can be captured. Fortunately, this sheds light on issues that we must address. Even though the past year has been a wakeup call for many in what we still need to fix within our world, there are still issues that aren’t talked about enough. One of them is the “re-education camps” where the Uyghurs are being detained, a predominantly ethnic Muslim minority within China. When I learned about these detention camps and what the U.S. State Department has called a genocide against Uyghurs and other Muslims, I was shocked to say the least. I didn’t think the act of genocide could unfold in this day and age, but I was wrong.

First and foremost, it’s important to understand where these “detention centers” are located. They are within the Xinjiang region of China, an autonomous region where roughly 12 million Uyghurs live. This area is officially called the Xinjiang Uyghur Autonomous Region (XUAR). This region has been under Chinese control since it was annexed in 1949. The Xinjiang region is one of the least populated districts in China; however, it boasts rich oil and mineral resources as one of the biggest producers of natural gases. Because of this, the central government has made a great effort in growing the economy of the Xinjiang region. This has increased the influence of China’s ethnic majority, the Han population within this region.

The Uyghurs are an ethnic minority group who predominantly live in villages near the valleys of the Tien Shan and the Pamirs. Many Uyghurs call their homeland by its original name “East Turkestan.” The Uyghurs have their own language, which is very similar to Turkish and consider themselves to be culturally closer to Central Asian Nations. There are also smaller populations of Uyghurs who live in Kazakhstan, Turkey and other countries. However, Uyghurs make up less than half of the population living in the Xinjiang region.

There are up to 2 millions Uyghurs and other minorities detained within these “detention centers.” Those who are detained  describe political indoctrination, abuse like a lack of food and sleep, forced labor and mandatory sterilization. In an attempt to reduce the Uyghur population and minorities, China has forced women to take birth control and various methods of contraceptives to diminish the population. Within these minority populations, having too many children can result in internment. If a Uyghur woman or ethnic minority goes over the birth quota, she will face being sent to a detention center if she doesn’t abort her child. Not only is this a direct threat to the woman herself, as she has no control over the child who is within her body, but it is a direct threat to eradicate minority populations. Some Uyghur children are also being stripped from the hands of their parents.

As for China’s explanation for the crackdown, it claims that Uyghurs possess extremist views and it is necessary to “reeducate” them on the issue of terrorism. These ethnic tensions between the Uyghurs and the majority Han people are not new. A suppression of minority Muslim groups in China happened specifically after the 2009 riots in Urumqi in Xinxiang’s capital city, when at least 197 people were killed during the Uyghur’s protest regarding their treatment. China justifies the crackdown against Muslim groups as removing extremism. In recent years, minorities have experienced a direct attack against their religion. Chinese authorities have demolished mosques  and forced minorities to go against their religious practices like forcing them to drink alcohol, eat pork and outlawing long beards and veils, in an attempt to erase Islam practices completely. This is an ethnic cleansing rather than what the government claims to be: “eradicating extremism.” Muslims are often stereotyped as violent, so China wrongfully poses its “reeducation camps” as a solution to this.

The most horrifying is the mass rape and sexual abuse that many women have experienced within these “reeducation centers.” One especially horrible story is that of Gulzira Auelkhan. Her job was to “remove their clothes above the waist and handcuff them so they could not move.” Auelkhan was powerless as she was “forced to take off those women’s clothes and to restrain their hands and to leave the room.” If women wanted to share their experiences, they would be threatened because they “[they] can’t tell anyone what happened, you can only lie down quietly.” The women are silenced with their experiences of rape.

Initially, China denied the existence of any camps, calling it “completely untrue.” However, in October of 2018 these “education camps” became legalized. In July of 2019, many Western nations condemned China’s actions in the Xinjiang region, specifically 22 countries who ordered China to discontinue these “reeducation centers.” Since then, the US has banned imports of cotton and tomatoes from the Xinjiang region and has deemed the reeducation camps a “genocide.”

Now, how can we help Uyghurs and minorities within China? One way to get involved is to sign petitions that urge politicians to condemn this ethnic cleansing. Even though direct aid to Uyghurs and minorities within China is not possible, we can still support various other places where Uyghur populations are present, specifically Turkey. Contacting local representatives or lawmakers is another way to get involved. By staying up to date with what is happening, we can better share reliable and accurate information. Though it’s not always easy, is essential that we understand what is going on outside of our country.