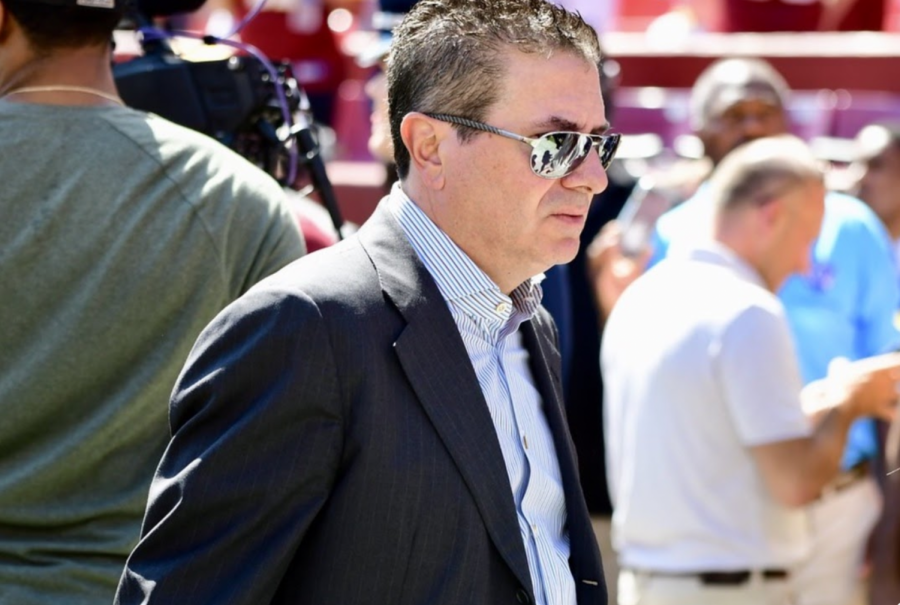 WSPN’s Emily Roberge discusses the implications of the the Washington Football Team’s workplace culture with sexual harassment, bullying and intimidation.

Attracting roughly 17.4 million viewers each week, football is “life” in American culture. In thousands of young athletes’ rooms, images of their favorite football players cling to their walls, representing god-like figures. Americans can’t seem to get enough of NFL football: every Sunday, Monday and Thursday, fans from all over the country are glued to their screens, repping their respected teams. With the thrilling rivalries, the classic Carrie Underwood Sunday night football jingle and the immense talent, the NFL has seemed to have it all figured out.

However, the NFL is no stranger to sweeping issues of sexual harassment under the rug. As of 2015, the NFL’s “rapey roster” included 44 players accused of sexual assault or violence including the Pittsburgh Steelers’ future NFL Hall of Fame quarterback Ben Roethlisberger and the Tampa Bay Buccaneers’ star player, Antonio Brown.

It’s become ordinary to hear players sexually assault a survivor on Friday and catch a game-winning touchdown pass on Sunday. I’ve supported teams with players convicted of sexual assault, but let’s be honest: is there any team in the NFL that doesn’t have a sex offender on its roster? That’s where the problem lies. The horrifying truth is sexual misconduct against an NFL player has become all too ordinary. It’s a never-ending process: one player is under fire in the spotlight for sexual misconduct, the next month it’s some other player, and then the previous month’s sexual predator case grows cobwebs as it is thrown with all the rest, each becoming a distant memory.

The Washington Football Team has recently come under fire for allowing a workplace culture full of sexual harassment, bullying and intimidation under the ownership of owner Daniel Snyder. Frankly, it’s not surprising to hear sexual misconduct among the players as it has evolved into a repetitive occurrence, but to hear the sexual misconduct within the roots and executives of the NFL is deeply disturbing.

Sexual harassment can include derogatory comments to female coworkers, telling offensive jokes and making females feel as if they don’t belong in leadership positions, as if they are powerless. Women aren’t the only people who can experience sexual harassment: LBGTQ+ individuals, among many others, often deal with it as well. Like all other companies, the league has a responsibility to tackle the issue head-on.

NFL commissioner Roger Goodell announced he would not discuss the reports of sexual harassment at the Washington Football Club to protect the anonymity of the survivors. It’s ironic how Roger Goodell is “protecting those who have come forward,” all while allowing players like Antonio Brown to earn a 6.25 million dollar contract and a Super Bowl ring. Rather than facing any real repercussions, fans still praise sexual predators in the NFL for their performance on the field. The league’s executives are the root of this issue.

During Snyder’s ownership, his general manager, Bruce Allen, was even receiving derogatory emails from now-resigned Las Vegas Raiders coach Jon Gruden. Clearly, this is a chain reaction from ownership through the entire organization. This behavior doesn’t apply to every coach and executive, but the racist, homophobic and misogynistic behavior seems to be deeply rooted in the “good old boys club.”

If sexual assault occurs in the workplace of NFL teams, what’s saying it’s not okay for players to act the same way? The league can’t use the “no more” slogan about sexual assault when owners like Snyder allow this behavior to continue.

If the Washington Football Team’s sexual misconduct in the workplace left me with one emotion, it’s fear. My dream is to work for an NFL team one day or report for the league, but this frightens me. As a female employee, how can I ensure that I am protected from this predatory behavior in the workplace if my employer allows it to continue? Until something changes, I don’t know how I could feel comfortable under the NFL’s “good old boys club.”