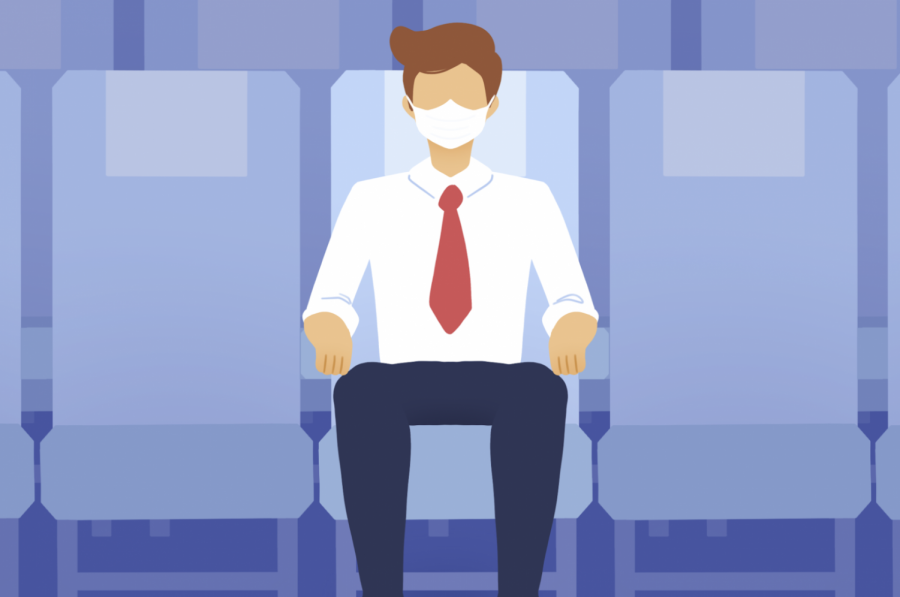 On Thursday, Dec. 2, Biden and his administration announced new guidelines for travel in response to the rapidly spreading Omicron variant of COVID-19. Having been first detected in South Africa, the variant has extended to over 50 countries. Since the Omicron variant is more transmittable and infectious than the Delta variant, which was previously considered the most contagious, protective guidelines are necessary to limit its spread and prevent another wave of infections.

The new guidelines require all international travelers to test for COVID-19 a day before departure, and the guidelines also extend the mask mandate to public transportation, including domestic and international flights. The CDC also recommends that all travelers receive a second viral test 3-5 days after arrival and that unvaccinated travelers quarantine for a week.

However, not everyone has been complicit with the Biden Administration’s guidelines, with airlines reporting over 3,000 passengers to federal authorities for not wearing their masks. The dissenters of the new guidelines complain that the implementations are overly strict, but their remarks are both ignorant and selfish. Wearing a mask can be uncomfortable and irritating, especially for long periods of time, but that doesn’t excuse a person to disregard the health and safety of those around them. The stuffy feeling of a mask is better than endangering others as over 787,000 Americans have already died from COVID-19.

Sadly, COVID-19 has become unnecessarily politicized, with followers of former U.S. President Donald Trump claiming, “it’s a hoax. There’s no pandemic.” Even after Trump was removed from power, his influence remains. While most Americans admit to the existence of the deadly virus and adhere more closely to the guidelines put in place to protect the community, their efforts are offset by deniers who have discouraged testing and downplayed the severity of the virus.

If combatting COVID-19 could be less divisive, and instead a united effort of all Americans, the pandemic would end much sooner, and a considerable amount of lives would be saved. The virus does not pick and choose who it infects, so when people are more vigilant, they are inevitably much less susceptible to the virus.

Although the CDC originally reported in 2020 that air filtration systems on planes prevent most viruses from spreading, that fact has since been disproved. Instead, scientists have continually backed up the fact that being in confined spaces, especially with lower quality ventilation systems, increases the risk of contracting COVID-19.

A study of a 10-hour flight by researchers from Vietnam’s National Institute of Hygiene and Epidemiology discovered that “in-flight [transmissions] that probably originated from one symptomatic passenger [cause] a large cluster of cases during a long flight.” International flights are typically longer than domestic flights, so the risk of infection is higher, regardless of whether or not patient zero is symptomatic. Therefore, extending the mask mandate is necessary to prevent the transmission of the virus, and tightened testing is crucial to preventing any asymptomatic individuals from traveling internationally.

Biden and his administration were right to implement these stricter mandates. A new wave of infections could be devastating to the U.S., and the American population is eager for a return to normalcy. Once people become more considerate of the health and safety of those around them, the end of the pandemic will come in tow. Do your part.