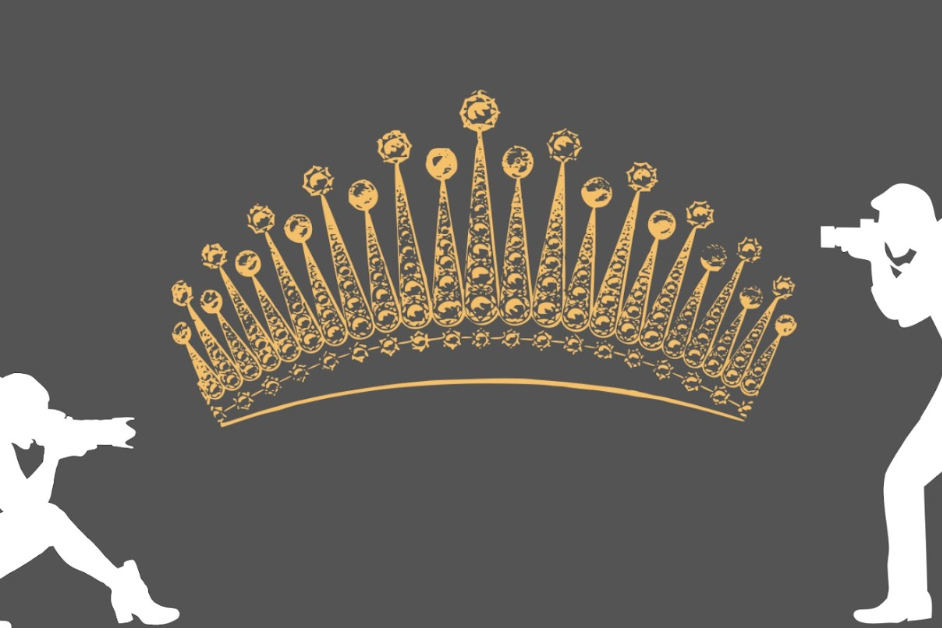 WSPNs Sophia Oppenheim reviews the new Netflix documentary, “Harry & Meghan.” Harry and Meghan left their royal duties and separated from the rest of the royal family in 2021. Now, two years later, the couple decided to return to the spotlight, sharing their side of the story. (Credit: Sophia Oppenheim)

WSPNs Sophia Oppenheim reviews the new Netflix documentary, “Harry & Meghan.” Harry and Meghan left their royal duties and separated from the rest of the royal family in 2021. Now, two years later, the couple decided to return to the spotlight, sharing their side of the story.

“Harry & Meghan” return to the spotlight

The royal family takes the spotlight once again, but this time Prince Harry and Meghan Markle take matters into their own hands, choosing to have their name appear in the press.

The couple made their debut on Netflix with a six-episode documentary, titled “Harry & Meghan,” which tells the famous story from their point of view. The first volume of this two-part series aired on Dec. 8, and the second followed a week later airing on Dec. 15, getting over 80 million views within the first weeks of its premiere.

In February 2021, Harry and Meghan, the Duke and Duchess of Sussex, officially split from the British royal family. They decided to stop carry out their royal duties and move to the United States. This created an immense uproar from Brits and Americans alike, myself included.

Two years ago, when I was a sophomore, I wrote an opinion article about Meghan and Harry’s relationship and their 2021 interview with Oprah. I was only 15-years-old when I wrote the article, and still, it received 12 negative comments, many longer than the article itself. Some comments told me I was a poor journalist and “very naive” to have written what I did. However, even with this backlash, I am choosing to take a risk and reunite with the royal family through my writing again, this time by reviewing their new film.

“Harry & Meghan” gives watchers a first hand opportunity to see what the couple went through as they separated from the royal family. The couple explains how their relationship began, their battles against paparazzi and the events leading up to their eventual separation from the family. I have always had mixed feelings about the couple splitting from the royal family since it’s hard to form a true opinion about a situation just through the lens of the media. So, I was hopeful that this documentary would give me closure and a true opinion about the situation, but instead I was still left wondering whose side to take: the royals or Harry and Meghan?

The show starts by giving us an insider look on the couple’s relationship and how they met. At the beginning of their relationship, they were very secretive in order to avoid paparazzi. However, after their relationship was officially made public, news outlets exploded. The tabloids created various stories and published headlines bashing Meghan. Many sources talked about her race and compared her to the Princess of Wales, Kate Middleton, making her look a lot worse than Kate. This part of the documentary includes many personal photos the couple took while their relationship was a secret, and the rest of the film is scattered with personal videos and images the couple chose to share with the world.

A large part of the documentary focuses on Meghan’s relationship with her father, Thomas Markle. Information about Meghan’s family came out years ago after tabloids published photos of Thomas. Later, the public discovered that the tabloids actually paid Thomas to pose for the photos. The documentary goes into more depth about the situation, explaining how, in 2018, the Daily Mail released the photos and a personal letter written from Meghan to her father. The Daily Mail and Meghan have been in an ongoing legal battle since. The Daily Mail even made its own tab on the site dedicated to stories just about Meghan.

I originally thought that the documentary would be more about the couple splitting off from the royal family, but it rather focuses on how badly the paparazzi treated them. While I still don’t take a side with either the royal family or Harry and Meghan, it’s very clear to me that the paparazzi were horrible to the couple, especially Meghan. The hate and the attacks that they faced were completely unfair. The paparazzi illegally released information about Meghan’s personal life, and she received death threats from people online. And while the pair’s ultimate decision to leave the royal family might have been extreme, the intense hate and lies that spread about Meghan were cruel. The documentary includes multiple clips of the couple trying to escape the paparazzi while they swarm them at various locations.

A part of the documentary that really stood out to me was Harry and Prince William’s relationship. There is a scene in the documentary about a meeting held between Harry and the royal family, disagreeing about where Harry and Meghan should be allowed to live and what their royal duties would be if they left the family. After the meeting, news sites released articles about how the brothers had been fighting, leading the royal family to release a statement signed by William and Harry saying their relationship was fine. However, we learn that Harry never read the statement or signed it and that William had forged his own brother’s signature in an effort to convince the country that their relationship was amicable. To me, that is crazy. How could a royal, who are trained their entire life to follow rules, suddenly violate the law? And now, in the weeks following the release of the documentary, Harry released his own book “Spare.” In the book, he highlights very controversial events, like the fact that he and Prince William allegedly got into a physical altercation. Harry released the book on Jan. 10, and readers are just starting to share their opinions, but so far, a majority of the reactions have been negative.

Overall I would give the documentary a 6/10. A lot of things were left unexplained, leaving watchers without the opinions of anyone who is actually still part of the royal family. If you are wondering what Harry and Meghan’s side of the story is, definitely check the documentary out. But, if you have been keeping up with the couple for the past few years, most of the information is really just a repetition of what they’ve said before.

So now, as a senior, looking back at my piece written by my sophomore self, I am disappointed that there is no more closure about the situation. After writing both articles, all I really wish for the couple and the royal family is peace and some time out of the paparazzi’s constant gaze.