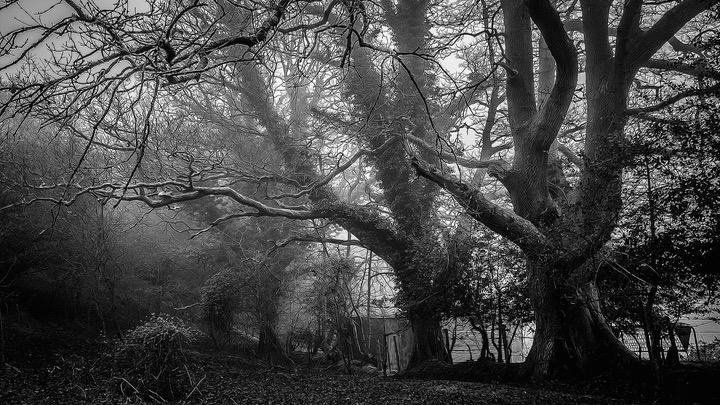 In the Attic Archaeology course, students work to uncover hidden history of Wayland and then tell it in different forms. For this project, Delaney had his students research a local history episode or topic from various Wayland history books and then write a ghost story to be set in that time era and setting. The students then studied the elements of ghost stories and then created podcasts for their stories.

“[The stories] have an element of actual Wayland history but then are kind of blown-up into fictitious scarier stories,” Delaney said.

For example, one story is based on a mentally-ill woman named Addie Moore living in Wayland in the 1880s who was locked in her house for several years.

The Wayland Ghost Story podcasts are available to listen below.

“Addie Moore Never Left”: This is based on the tale of Addie Moore, a story we discovered about a woman deemed “insane” in the 1880s and was eventually locked up in the Wayland poor farm’s hen house. She never left.

“S132 is Running Late”: This is a story based in an early 20th century train wreck in town that killed two railroad men. Someone left a siding track switch thrown, derailing the train and unleashing a haunting.

“The Nameless Terror”: A strange event occurs in 1939 Wayland as the aqueduct is being built.

“How about Another?”: This is the story of an odd event at the old Wayland tavern.

“Mansion Inn Ghost”: This story is based on the infamous 1950s Mansion Inn fire; was it an electrical short or was it Evangeline?

“The Grain from the Grave”: This account is rooted in Wayland’s first 17th century gristmill, the Cakebread Mill, where Mr. Cakebread ground local grain into an especially delicious flour due to a secret ingredient.