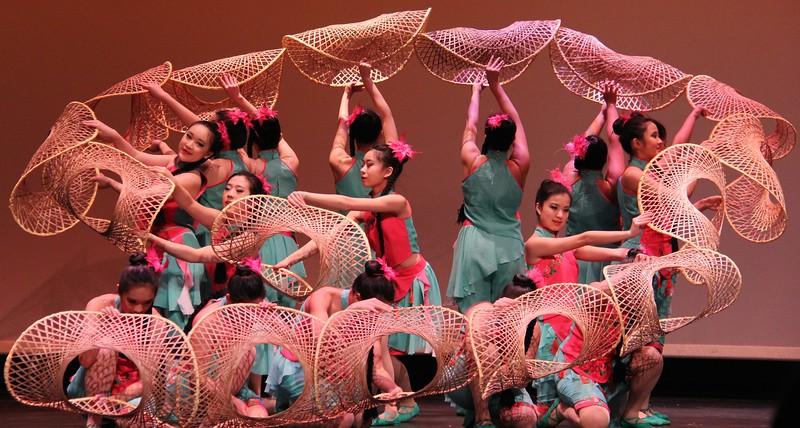 Opinion: Lunar New Year should be a school holiday

In one of the most influential documents in our nation’s history, our Founding Fathers coined the phrase “All men are created equal.” Over time, this simple phrase has had different interpretations and meanings, but even today the basic idea of the phrase still remains relevant: a right to equality no matter who you are. This principle is why Lunar New Year should be a school holiday for all students.

So, dear reader, you may be asking, what is Lunar New Year? Similar to Thanksgiving in the United States, almost everyone in the family – no matter where they are – forgets about the stressful environment of work or school and travels back to their hometown for a large family reunion dinner. Families will often clean the house to rid bad spirits and make way for the incoming luck of the new year, and children will light firecrackers high into the dark night sky. Parents receive a larger paycheck as a new year’s gift from their boss, and children get red envelopes filled with cash from everyone in the family. It’s a time for festivity, food and gifts.

Surprisingly, Lunar New Year isn’t a religious holiday, and it’s not just celebrated by the Chinese. People like my very own ancestors have celebrated this festival for centuries in countries all over Asia, such as Cambodia, Japan, Korea, Singapore, Thailand, and the Philippines, just to name a few. In total, more than 2 billion people around the world celebrate it. People of all religions celebrate it – Jews, Christians, Muslims, and even atheists take part in this day (or more) of joy.

I recall my own childhood memories from years upon years of celebrating Lunar New Year, and early on it was a time of true joy. I ate plates full of delicious food, received fat red envelopes overflowing with money, and missed a day of school. However, as time went on, the predicament of missing a day of school grew larger and larger. Classwork, homework, more classwork, and more homework were piled on me until I just couldn’t afford skipping that one day of school. A couple years ago, I told my parents that I had to go to school, and they understood, but the understanding came with a sad look on their face. We still celebrate Lunar New Year to this day, but it lacks the festivities and fun of years past. I’m sure millions of other past and present Chinese-American students feel the same.

You might be asking how any city could institute such a holiday, and when it has happened in the past. I present a major real-world city: New York City. Last July, the Big Apple made history when Mayor Bill DeBlasio announced his city would become the largest school district in the nation to recognize Lunar New Year as a school holiday. Additionally, the New York State Legislature passed a bill saying that any city in the Empire State with an Asian population of over 7.5 percent would be required to recognize the holiday.

According to the most recent U.S. census, Boston is 7.52 percent Asian-American, while Wayland is 9.9 percent. Thus, if these two cities were in New York, they would be required to establish Lunar New Year as a holiday. Interestingly, the Jewish percentage of Wayland is only 1.8 percent, yet Wayland includes two of the religion’s major holidays, Yom Kippur and Rosh Hashanah, on the school calendar. I’m not saying that these holidays shouldn’t be recognized, they definitely should, but Lunar New Year, only a one-day holiday, ought to have equal recognition by the school district.

New York is one of the nation’s leading states on adopting state laws on school holidays (the previous summer saw two Islamic holidays added to the calendar), and the rest of the country ought to follow their lead. In fact, the Boston Public Schools’ calendar actually references Lunar New Year as a “Major Religious and Cultural Holiday,” yet it falls short at putting it in the “School Holidays” section. Surely the state where the battle for our country’s freedom was fought can grant its very own citizens the right to celebrate a cultural tradition that so many people and their ancestors have lived and breathed for hundreds of years. Just as Thomas Jefferson and the Founding Fathers of this great nation stated, all men are created equal – so all should have freedom of religion and equality of holidays.

Last year, on Jan. 31, 2016, the Wayland Chinese-American Association held its 8th annual Lunar New Year Celebration. Wayland school administrators and principals stood on WHS’ main stage for a local celebration of one of the most popular holidays in the world. They read Chinese poems and greetings and welcomed the celebration and its performers with open arms, and I thank them for that. This year, when the celebration is held for the ninth time on Feb. 4, I hope they will do the same. However, the same school district fails to recognize the holiday for its history and prevalence and make it a school holiday. Wayland isn’t nearly the biggest or even second biggest city in America, but as the old proverb says, “we have to start somewhere.”