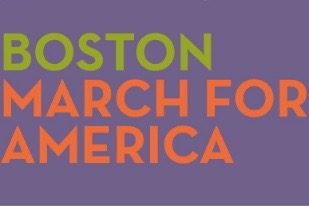 WHS students will be attending the Women’s March in Boston this Saturday.

On Saturday, Jan. 21, the Boston Women’s March for America will be taking place starting in the Boston Commons. According to the event’s official website, the group stands for religious freedom, human rights, climate justice, racial justice, economic justice and reproductive justice. People will be marching for equality, dignity and justice.

Many female WHS students are planning to attend in order to stand up for their rights as women.

As of Wednesday night, there are over 60,000 people registered to participate. However it is not necessary to register for the event. There are also over 500 sister marches around the world, including the largest taking place in Washington DC.

“I feel like there’s so much going on politically right now and there’s nothing I can do individually to express my views. This is a good way to show what I believe in and stand up for women’s rights,” junior Maya Anand said.

Other students wanted to go and support the cause, but can’t go due to timing or because of their parents’ concerns.

“I feel like women’s rights in general are very important, sexism still very much exists but especially now when we have a very sexist President-elect and a Vice President-elect who wants to defund Planned Parenthood,” junior Gabrielle Smith said. “My parents won’t let me go because they are worried that large events in the city with a political tone are a hot spot for terrorism. I’m still fighting them on this though, because I really really want to go.”

The march will begin at the Boston Commons and participants will walk to Commonwealth Avenue and back. The whole trip is around 1 – 1.5 miles in distance.

“I am going because I think it it really important that after Trump is inaugurated, he knows that not everyone is for him. He needs to know that we still exist, and that there are people who don’t agree with what he says,” junior Isabel Gitten said. “There are still people he needs to think about and care about. We are not going to let him make decisions that could hurt us women or minorities.”

Gitten and Anand will be attending the march together. They both feel that the march is a great opportunity to express their feelings during such a politically eventful period.

“For me, [the women’s march] is more of a protest against Donald Trump and his presidency,” Gitten said. “I want to show him that there are people out there that don’t support him. He only surrounds himself with people who like him and his ideas, which is why he needs to be reminded that not everyone is in support of him.”

Gitten believes that the women’s march is a way of protesting against Trump because of his derogatory remarks towards women.

“We won’t be passive and we won’t stand by. We know that [Trump] is doing something wrong. This isn’t the 1900’s anymore and we will stand up against injustice.”

Gitten and Anand are excited to participate in the march because neither of them have ever attended a rally or protest before.

“I’m hoping to witness justice firsthand. I feel like I have read and learned about protests in history for years and years. It’s always been so interesting to learn about, and see how change can happen. I’m hoping that I can be a part of this change,” Gitten said. “Maybe in forty, fifty, or even sixty years from now, my grandchildren will learn about anti-Trump protests and it will be cool to say that I was a part of it.”

Gitten would tell other women who are thinking about going to the march to do just that.

“One hundred years ago, a women’s march wouldn’t have the same effect as it has today,” Gitten said. “To all the women out there, go out and use your constitutional rights to assemble and protest.”

Editor’s Note: Isabel Gitten is a member of WSPN.