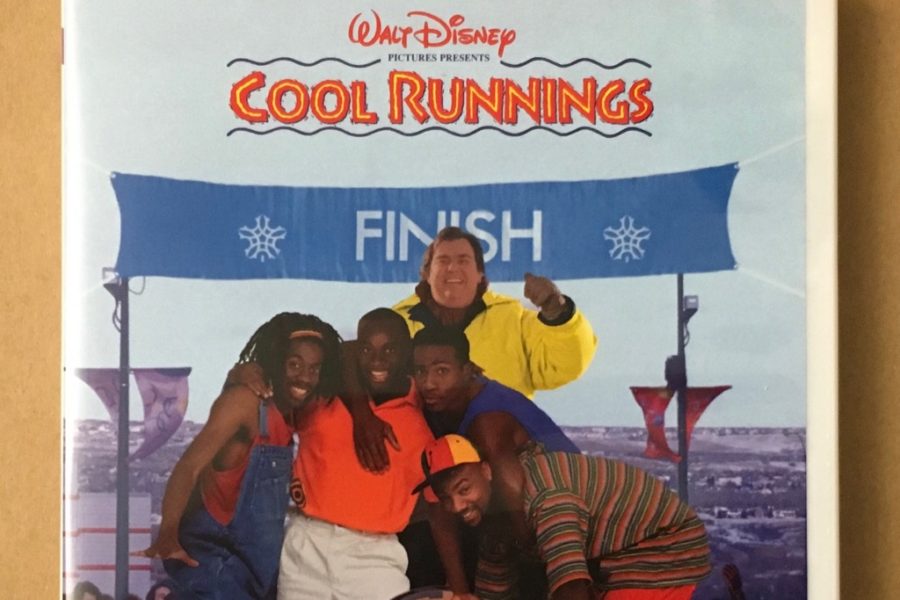 I flipped open my laptop at quarter to nine on Tuesday night to an inbox flooded with over 100 emails.  I clicked on the mail application to see what the ruckus was about and read the first email in the chain, which had been sent by WHS Principal Allyson Mizoguchi. It informed me that the school was canceling the showing of Cool Runnings, a movie about the journey of Jamaica’s first bobsled team. The film shows the team, which never seen snow before, fight its way into a spot at the 1988 winter Olympics in Calgary, Canada.

Even though Cool Runnings is based on a true story, there is not much that is historically accurate. Dudley Stokes, an original member of the bobsled team, stated that there the movie did not have much in common with real life.

“It’s a feature Disney film, not much in it actually happened in real life, there were some [added] things that were inspirational for the film,” Stokes said. “It is different than a documentary.”

Previous films that have been shown during Winter Week include Apollo 13 and Selma, movies that have had educational and historical value. Yes, I understand that Winter Week is a week to relax, but we have to remember that this is still school, and we are here to learn. It is ridiculous that students demand that the entire week should be taken off because we took midterms. I know some students are busy on the weekends, but we just had a full two days to relax, so I don’t see the point to have another five days to recover.

One could argue that we watch movies with racially insensitive motives in history class, and I agree with that. However, when picking a movie, teachers choose movies based on the maturity level of the class, and how well they think the class can handle the content of the film. The administration and student council must pick a movie for over 800 students, which can be a challenge.

Furthermore, a lot of movies that are shown in history classes have to do with a time period with heavy racism, so it is appropriate that racism is shown. More often than not, the point of showing films with a heavy element of racism in history class is so we can learn from the racism. The point of showing this film was to be inspired by the camaraderie and teamwork, not to learn from racial insensitivity.

A 1993 Washington Post review by Desson Howe in 1993 stated that this movie was hardly a masterpiece cult classic, but rather a racist buffoonery of a film.

“[This film] consists of two running gags: How funny it is for Jamaicans to be on a bobsled team. [And] how funny blacks are when they endure cold,” Howe said.

Howe also explained that Cool Runnings did nothing but portray people of color in a buffoonish way.  It showed Jamaicans trying to figure out a way to survive in a white man’s world.

Another common trope that is used is “the white savior.” Cool Runnings is another film that uses this technique, much like the films The Help, To Kill a Mockingbird or McFarland, USA. This spreads a message (from Hollywood) that people of color are helpless. The coach, John Candy, who is white, is the savior of four Jamaicans and is responsible for their rise to glory.  We learn enough of this in history class with our Caucasian-centered curriculum, and we shouldn’t bring this into Winter Week! I would expect that the administration and Student Council would pick an empowering film that wouldn’t discriminate against races.

Overall, I think that Mizoguchi and the administration made the right decision by canceling the movie for reasons of racial insensitivity. This movie is factually incorrect and relies on stereotypes, and I fully support its cancellation.

This time, they feel the need to attack the one week of the school year that we students enjoy the most. Winter Week is a long-standing WHS tradition that follows midterms. Midterms week is one of the most stressful times of the year, and the prospect of Winter Week around the corner is one thing that keeps students going.

Winter Week is supposed to be a week that brings the school together with events like a cappella, the hypnotist, the talent show and everyone’s favorite: K-Pop. On Tuesday of last year’s Winter Week, we watched Apollo 13, and the year before, students watched Selma. This year, our Student Council carefully selected a movie, a movie that would not offend anyone. A movie that we could all agree on: Cool Runnings.

Cool Runnings is a 1993 historical comedy about the 1988 Jamaican bobsled team, and the tremendous odds that they faced as a team that had never even seen snow before. The movie is a PG film released by Walt Disney Enterprises. It was approved for children eight and older by Common Sense Media.

This movie seems like something we can all tolerate, right? Wrong. Principal Allyson Mizoguchi sent out a school-wide email on Tuesday night informing students that the movie would not be shown due to “racial insensitivities.” Mizoguchi’s email was immediately ridiculed by multiple email responses, with over 200 “reply-all” emails sent by students. Not a single response was supportive of Mizoguchi’s decision, although a few were impartial.

After the enormous email response, Mizoguchi sent a follow-up email citing articles to support her decision to not show the movie. One article was written by the Washington Post in 1993. The other was an article from the Slate written in 2014. However, upon reading the articles, you will find things that actually contradict her original argument. The Washington Post article says, “thanks to its sun-bleached writing, [Cool Runnings] would have to work double time to really offend anyone.” This quote clearly contradicts the main idea that Principal Mizoguchi was trying to get across. As for the Slate article, its main reasoning for the movie being offensive was that it took a comedic stance on black people experiencing the cold. However, the true comedy lies not in race, but in the climate in which these people are born and raised. Jamaica is a tropical country and anyone who spent their whole lives in the tropics would be cold in such conditions as the Winter Olympics, regardless of color.

In the ninth grade, part of the WHS English curriculum involves the reading of the book Fahrenheit 451. This book is a dystopian warning about how the destruction of texts labeled as “offensive” could eventually lead to a destruction of knowledge as a whole. If we stop viewing things that offend certain people, then soon we will have a lack of original thought, as forewarned by Ray Bradbury. If the film was so “racist,” then we should have found a way to turn it into an educational opportunity, where students are taught about the dangers of stereotyping.