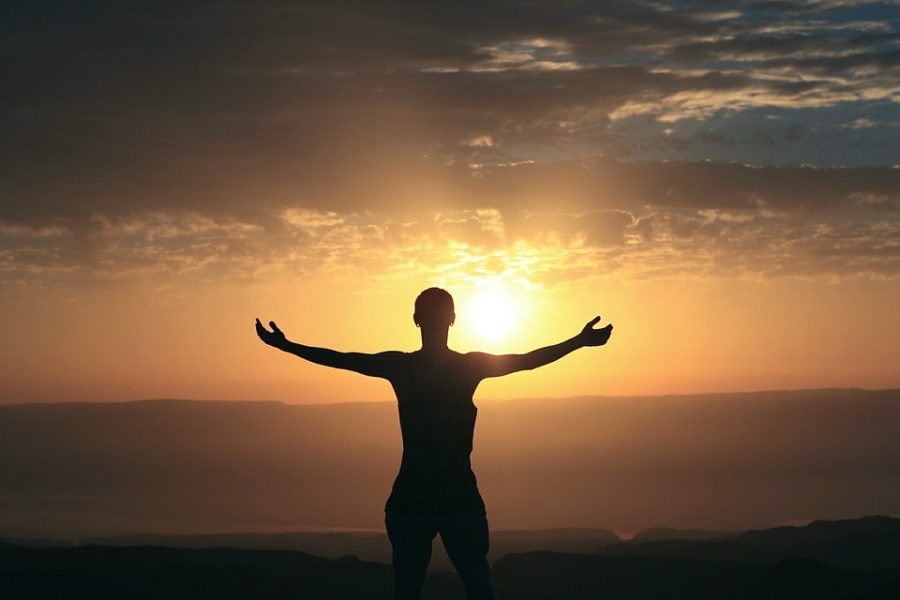 A person in the morning. The School Committee kicked a 7:30 a.m. start time off the table in late June. According to Downs, it is unlikely that WHS would not have an 8:30 a.m. start time at the beginning of the 2018-19 school year. 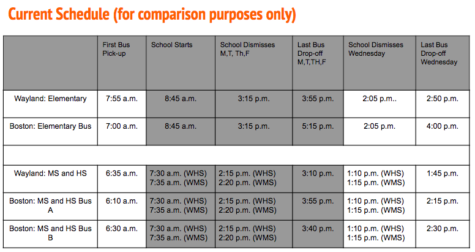 Although the School Committee decided to take the current schedule off the table in June 2018, many members of the Wayland community have expressed desire in recent October public forums to bring it back. According to a WSPN survey pictured below, about 63 percent of WHS students would rather have a 7:30 a.m. start time than an 8:30 a.m. start time. About 74 percent of WHS teachers share the same sentiment.

School Committee Chair Jeanne Downs reports that since the vote in June, the committee has never considered putting a 7:30 a.m. start time back on the table.

“We haven’t [considered going back],” Downs said. “We really believe that changing the school start time is in the best interest of all [K-12] students.”

Although the majority of students and teachers do not support the later start times, Downs gauges that most parents share the opposite view. Karen Hughes, mother of junior Zoe Hughes and WHS alumni Evan Hughes and Lucy Hughes, is one of those parents.

“I used to be a high school teacher, and the students during first period used to be sound asleep every single day,” Karen Hughes said. “I think, academically, it’s more important that the high school kids be more awake.”

“I’m sort of learning about this for the first time, but I do agree that the teenagers need more sleep,” Snyder said. “I think the later start times for the middle school and the high school are a good thing.”

The main argument the School Committee has made in favor of an 8:30 a.m. start time is that high school students will, on average, enjoy both a higher quantity and quality of sleep. Unobskey cites historical precedent from surrounding schools as a clear sign that a later start time would positively impact the community.

Many community members, however, have countered that pushing back start times by one hour will simply push back bedtime by one hour as well, resulting in no net benefit. The School Committee does not share that sentiment.

“What all the research shows – plus the anecdotal information if you look at the towns that have made the switch – is that the students really do get better sleep between, say, 11 p.m. and 7 a.m., and that makes them more well-rested and more efficient,” Downs said. “And so they’re not staying up that extra hour.”

Downs mentions that originally, she herself was unsure that an 8:30 a.m. start time would not just result in students staying up one hour later. However, after further research, she became increasingly convinced that pushing back the start time would result in a net benefit.

“I was skeptical when we first started looking at this. I thought, ‘Really, would students not stay up an extra hour?’” Downs said. “But [looking at the research] really cemented it for me.”

Downs indicates that other community members in favor of the 8:30 a.m. start time have a similar depth of knowledge.

“The people who we get emails from that are in favor of changing the school start time are all very familiar with the research,” Downs said.

The people who we get emails from that are in favor of changing the school start time are all very familiar with the research.”

The research that the School Committee has leaned upon consists of surveys to Wayland community members, aftermath surveys from other schools that changed start times, national reports, statistics, articles and more. One concern that Downs has come up against is that much of the research is invalidated by bias and poor ethics.

For example, when the School Committee administered a survey to WHS students a year ago, the school played a video lauding the benefits of sleep right before it. However, Downs does not believe this concern invalidates the School Committee’s research.

“The reason [the video] was there was just for informational purposes,” Downs said. “I don’t think it makes the survey invalid.”

Rather, Downs indicates that community members should focus more on the big picture and the overall implications of later start times instead of specific research ethics.

“I’d just go back to the overall purpose of [changing start times] without getting mirrored into the statistics and the details,” Downs said.

In terms of research, WPS Superintendent Unobskey cites other schools that have pushed back start times reporting positive effects through surveys and anecdotal evidence. The following surrounding towns have either considered or already changed their start times.

Unobskey notes that the majority of these schools pushed start times back within the past two or three years. Sharon, which switched seven years ago, was the pioneer. Unobskey affirms that since then, Sharon has not considered revoking their change and has enjoyed the effects of a later start time.

“[Sharon is] very positive about it,” Unobskey said.

This is Part II of a three-part article. Read Part III: Implementation here.