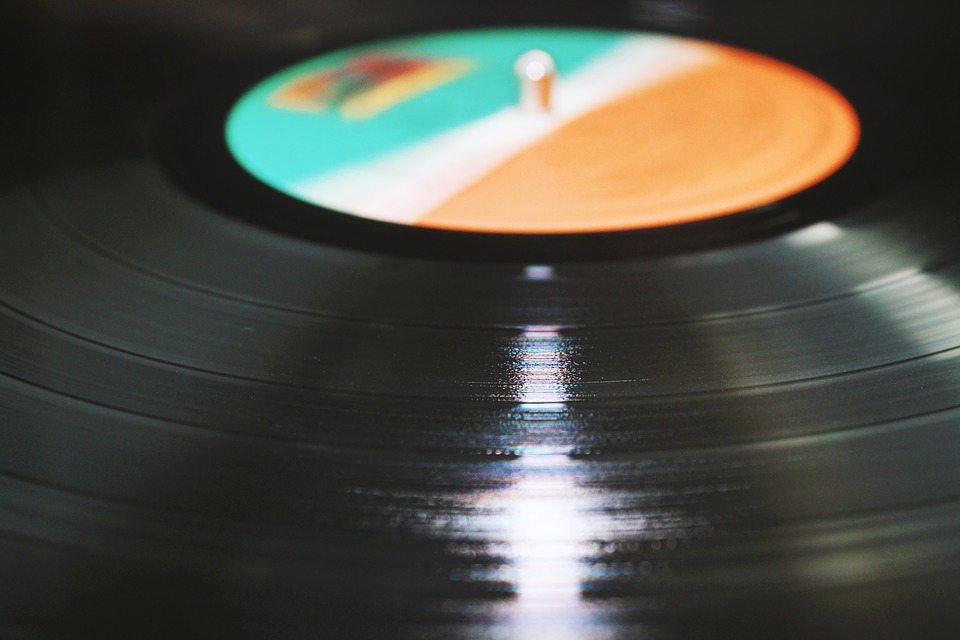 “World War Joy” by The Chainsmokers

I’ll be honest – when I first heard that The Chainsmokers had released a new album, my first reaction was, “Really? Again?”

And this is not to say that I don’t like their music, because I do. The only reason I feel this way is because their last album, “Sick Boy,” dropped on December 14 of last year, only five months ago. And, to be frank, when musicians drop new music just months after their last release, it confuses me.

When The Chainsmokers released their new album, “World War Joy,” on May 31, just months after they released “Sick Boy,” it made me wonder why it took them only five months, while other artists take years to complete this same exact task. For example, Adele released her first studio album “19” in 2008 and her most recent one seven years later. “25” was the harbinger of the song “Hello,” which nobody would stop singing for the entire year of 2015. Just like Adele, The Chainsmokers have been releasing music for several years, having released their first single in 2012 and their most recent album just last week. And I will never understand why, in the same timeframe, The Chainsmokers have released so many more albums.

Although “World War Joy” only contains four songs, they are all bound to be chart-topping hits. First on the line up is “Call You Mine,” a collaboration with Bebe Rexha — who, if you aren’t familiar with her work, is probably most famous for her collaboration with Florida Georgia Line, entitled “Meant To Be,” which was extremely popular during the summer of 2018. Next comes “Do You Mean” featuring Ty Dolla $ign and büllow, which is about being truthful and honoring your word. This song is followed by “Kill You Slowly,” the only tune on the album that doesn’t feature another artist. This song encourages listeners to persevere even though something might feel like a slow death march, or as they say in the song, “even though it kills you slowly.” The last song, “Who Do You Love” featuring 5 Seconds of Summer, is about wanting to know if you’re being cheated on, and, because it’s super catchy, this song is bound to be a contender for song of the summer.

Overall, I really like “World War Joy,” and I think it and specifically the songs “Call You Mine” and “Who Do You Love” will do really well.

American singer and songwriter Halsey has only recently come to my attention. Personally, I feel like she might be one of those celebrities that people don’t realize they’ve heard of. For example, if somebody had said her name, I wouldn’t know who they were talking about – yet, if one of her songs came on the radio, I’d be able to sing along with gusto.

Halsey is best known for her albums “BADLANDS” and “Hopeless Fountain Kingdom,” which contained past hits such as “Now or Never,” “Colors,” “Bad at Love” and “New Americana.” But recently, Halsey has produced a string of singles that are becoming wildly popular.

This new bout of chart-topping singles started with “Eastside” on July 12, 2018 and was followed by “Without Me” on October 4. Then came “11 Minutes” on February 14, 2019. Her most recent release, however, is my favorite, a song called “Nightmare,” which came out just a few weeks ago, on May 17.

These singles address a wide range of topics. “Eastside” is a collaboration with Khalid that is about a past romance, while “Without Me” is about an ex-flame moving on after a breakup. On a similar note, “11 Minutes” featuring Yungblud is about having relationship problems. But, on a completely different note,“Nightmare,” which is about wreaking havoc in your life, manages to be both an extremely catchy pop song and a deep confession about how people act on the inside.

Before “Nightmare” starts, Halsey includes a new type of intro, one that seems to be becoming extremely popular in new music,  featuring somebody who is not the singer of the song doing one of the following things: saying something inspirational, reciting a famous quote or giving advice. Then, soon after they’re done, the bass drops, the rhythm kicks in, and the song starts. In “Nightmare,” a short poem is read before the song starts. This new style of starting songs is becoming more common with every new release, and I think that if Halsey continues to start her songs like this, it will add a lot of character to her music.

Since all of the singles that Halsey has released over the last year have been booming successes, it’s hard for me to understand why I hadn’t heard of her until recently. But now that I have, I will be on the lookout for her next new single, which, if they follow by the example of her other singles, will be sure to make the top charts.

A few weeks ago, P!nk released her new album, “Hurts 2B Human,” in which, she addresses difficulties she’s faced in her life and well, quite simply, how it hurts to be human. P!nk is known for her albums “The Truth About Love” and “Beautiful Trauma,” both of which contain songs most of us – I know I do – still sing to this day, even though they’re seven years old. P!nk has had many top chart hits, my personal favorite being “So What” from “Funhouse.”

So, what’s the deal with her new album?

Indisputably, P!nk is an artist who deserves all of our respect, and this album should be no different. It contains her usual flare plus a deep undertone where she addresses struggles from her past. Yet, none of the songs on the tracklist are making any of the top charts, so why is that?

Honestly, I’m not entirely sure as it is an album equally deserving of our respect as any other song that is on the Billboard Top 100 right now. For that matter, the same respect as any of the songs she sang in the past that have been big hits. This is a seasoned artist we are talking about. P!nk has released eight albums now and definitely knows what she’s doing.

So, are her new songs just not captivating listeners like her old ones did? Personally, I don’t think so because her new lyrics certainly don’t signify a musician who’s lost her touch. From “My Attic,” the fourth song on the album, about facing your past, to “Last Song of Your Life,” about the importance of being true to yourself, the album is overall, really good.

Then, the song “Hurts 2B Human,” the album’s namesake, is a duet with Khalid, an artist whose name is on songs all across the top charts, so it is even stranger that one of his songs wouldn’t have gotten any recognition.

It will always be a mystery why this album didn’t get its due praise, but as P!nk once sang ,“You’ve got to get up and try try try [again].” After all, maybe album number nine will do the trick.

“Collaborations Project No. 6” by Ed Sheeran

Excited. Overjoyed. Dying of anticipation. These are all accurate descriptions of how I felt when I found out that Ed Sheeran was coming out with a new album. And, let me be clear, I am most definitely not an Ed Sheeran fanatic, a Sheerio, as those who are like to call themselves. I am, however, a fanatic for good music. So, I love to listen to his work because every one of his albums contain an entire tracklist of it.

For now, Sheeran’s new album is called “Collaboration Project No. 6,” which is fitting because every song on the lineup will be a collaboration with another artist. Already, Sheeran has come out with two singles: “Cross Me” featuring Chance the Rapper and “I Don’t Care” featuring Justin Bieber in order to raise publicity for the upcoming album, which is set to release July 12.

Although I am a little disappointed that Ed Sheeran’s new album will not be a subtraction symbol with a yellow cover—after all, his first album was a red plus sign, his third album was a green multiplication sign, and his most recent album was a blue division sign—I am still excited to see what new songs this album will bring, even if it doesn’t complete the circle of albums named after the four basic math calculations.

One thing that makes me nervous about Sheeran’s upcoming release is that so far, none of the music has been written in his usual style. Sheeran is renowned for his love songs, but “Cross Me” is rap, and “I Don’t Care” is pop, which are completely unrelated music styles.

Although both Bieber and Sheeran have had hit songs in the past and been recognized for producing great music—Sheeran has won four Grammy awards and Bieber has received one—they are very different musicians. To say the least, Sheeran, who is the person that sang “A heart that’s been broken is a heart that’s been loved,” is not the same person as Bieber, who sang “I got money in my hands that I’d really like to blow.”

All of this isn’t necessarily a bad thing. On the contrary, I think that it’s important for musicians to explore different styles because the switch might even benefit their careers. Just look at Katy Perry, who used to sing Christian pop music. After she switched genres, she became one of the top grossing artists of all time.

Still, I don’t want Sheeran to switch genres. In fact, the idea makes me sad. Sheeran has produced some of the most iconic songs of the decade, and I don’t want his streak of great songs to come to an end.