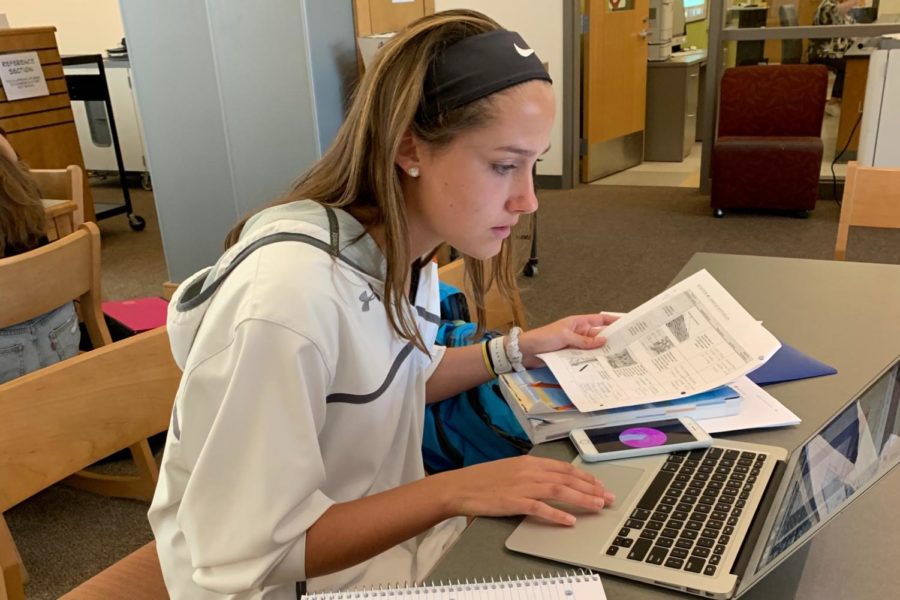 Senior Arden Knapp pores over her notes and studies. Stress and anxiety are issues that many WHS students have come across. Guest writer Ryan Urato and Editor-in-Chief Kevin Wang give their takes on stress culture.

Examining the effects of an overwhelmed youth 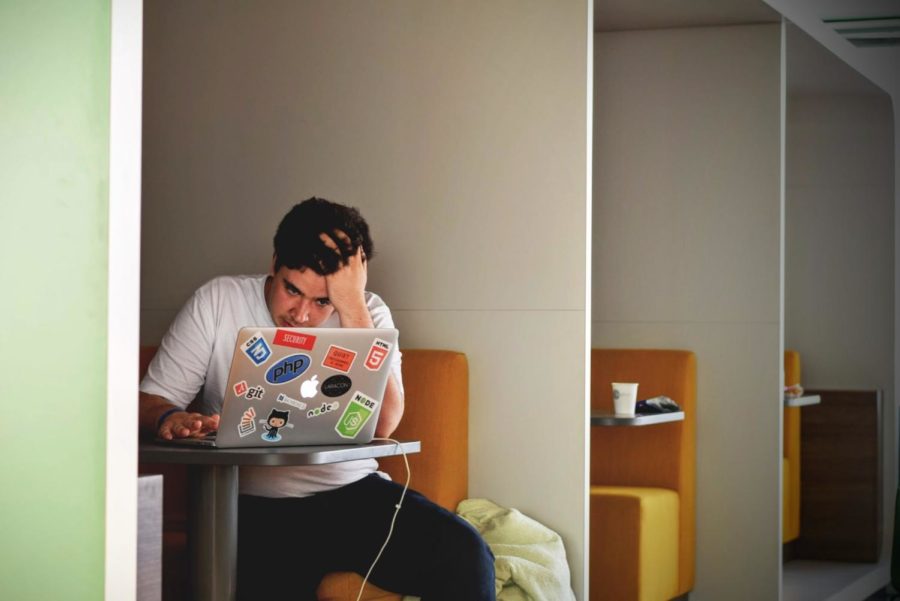 It being nearly midnight on a Friday in January, the lights were switched off in every room of the house, every room except mine. I was awake and had been so for the previous eighteen hours, a time period in which I had gone to six classes, taken two tests, attended my varsity basketball game, helped my friend with homework after school and spent five hours preparing materials for a Christmas tree pickup fundraiser for the class government the next day. I was still working on that fundraiser when midnight arrived. I would continue to work until 1:30 a.m., at which time I would fall asleep, having forgotten to eat dinner. I would wake up the next day at 6:30 a.m., my one day off from basketball, and proceed to spend seven hours driving Christmas trees around Wayland before going into Boston for my weekly orchestra rehearsal, and then spending the rest of the evening doing homework before my basketball practice the following morning.

It wasn’t until that Friday night of my junior year that I admitted to myself that I was overwhelmed. I had been overwhelmed for the previous six years and would continue to be so for the foreseeable future. It wasn’t until that night that I realized that I loathed every single activity I did during my day and lamented every single activity filling up my schedule for the next day solely because every activity represented time in which I would be unable to rest.

I wish I could say that I am an outlier, that my experience of being over-scheduled and overwhelmed is unique, but I know that I’m not alone. While most high schoolers probably don’t have as many time commitments as I do, most of us have way too much on our plates, often without realizing that the lifestyles we’ve developed are unhealthy.

Regrettably, our student body has developed a culture in which we value the sheer quantity of extracurricular activities in which we take part, a culture that I imagine we share with most other high schools around the country, and a culture that is also indicative of modern American society’s push to do more and more. I frequently hear my classmates tell stories of how they only find time to sleep for four hours in a day or how they drink multiple cups of coffee consecutively to keep themselves awake. I witness our excitement when anything gets canceled, no matter how much we love the activity.

It’s hard to imagine how we justify such over-scheduling to ourselves, but I believe the answer lies in the thought process that if everyone else is doing a certain amount of things, so can I. I think it’s time to start being honest with ourselves and each other that we have too much on our plates. I think it’s time to part ways with our current culture because there simply isn’t time for everything.