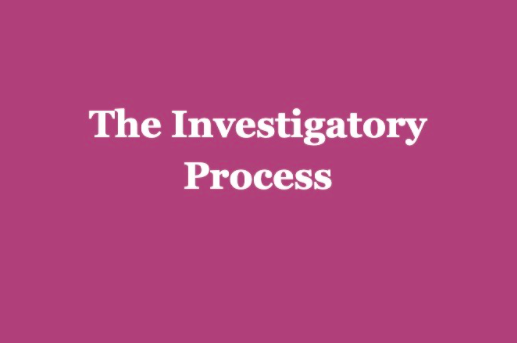 Beginning the process:
The investigation process begins with written notices to both the respondent and complainant. The notice now has to include the identities of both parties, per the new changes to Title IX. The complainant isn’t allowed to remain anonymous to the respondent anymore, and the notice must indicate the date and location of the alleged incident. It must also state that the respondent is presumed not responsible for the alleged conduct and inform both parties that they may have an adviser. This advisor is allowed to inspect and review evidence in the case. As a result, parents can now insist that they or attorneys participate in the investigative process.

The Title IX Coordinator then designates an investigator and a decision maker, who cannot be the same person. At WHS, these roles would go to the administrators. The investigator interviews the complainant and the respondent, witnesses and any other relevant parties. Their job is to determine what’s credible and what’s not. They then compose a written report of their finding, which is sent to the complainant, respondent and decision maker.

Part of this determination is offering both the complainant and respondent the opportunity to submit relevant questions to any party or witness, to respond to questions from another party or offer additional limited followup. The decision maker determines if questions are relevant or not since parties cannot ask irrelevant questions.