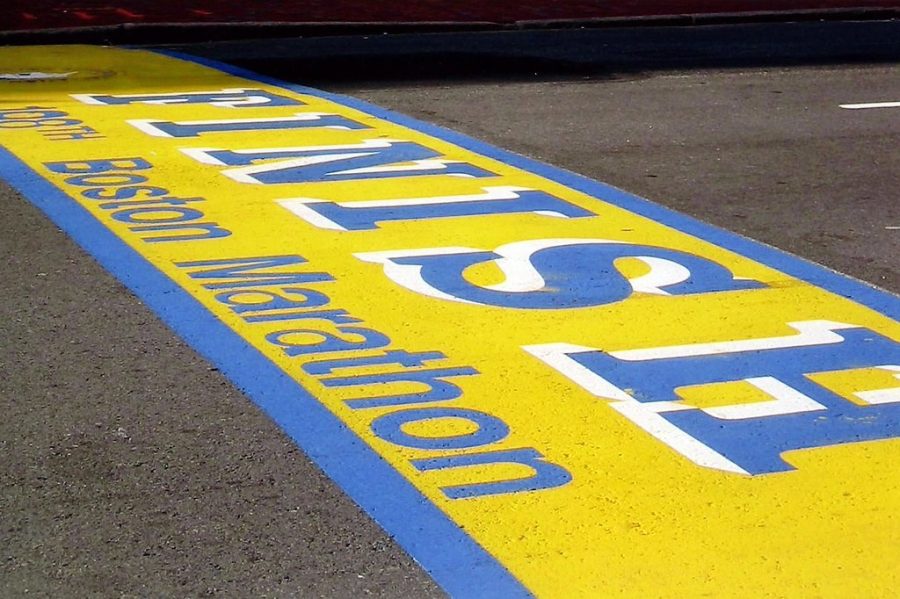 Running for a cause: Boston Marathon charity runners

As Boston Marathon hopefuls complete their final training, charities across the Boston area have been prepping in a different way, for an influx of donations. The Boston Athletic Association allows runners who do not meet the qualifying time to raise entrance funds for a charity. This practice has played a significant role in making the marathon more accessible to the average person, building it to the cultural phenomenon it is today.

One food pantry in Natick, A Place to Turn, is entering this group of non-profits for the first time. The charity offers a number of resources including food, clothes, diapers and sanitary products.

“We have been in our community for 42 years,” A Place to Turn Director Joanne Barry said. “We have been providing basic needs for all that time and we never had a charity bib. This is our first one.”

In order to obtain a bib to run the marathon for A Place to Turn, the runner must fundraise a minimum of $4,600. As a result, even one runner brings in a significant amount of funding for every BAA charity.

However, these minimums can pose an obstacle for many runners, as their personal credit cards are charged for whatever money they do not raise. Wayland residents Cathy Caulfield and Susan Garfield are both running for Dana Farber Cancer Institute, which has a fundraising minimum of $7,500 per runner.

“I was expecting that we were going to have to each kick in $1,000,” Caulfield said.

Other charities in the Metrowest area are asking for relatively smaller minimums. Family Promise is a network of homeless shelters combatting family homelessness. This year, they have one runner, and they adhere to a minimum fundraising goal of $4,500.

“As much as I’d love to get $10,000 from a runner, I realize that most of the runners are coming from the town of Natick, and they’re all hitting the same people up for donations,” Family Promise Director Carole Brodrick said.

Despite these obstacles, many runners have been successful in their fundraising efforts. Caulfield and Garfield were able to reach their goals simply by reaching out to friends and family.

“We were overwhelmed by people’s generosity,” Caulfield said.

As the Boston Marathon is lucrative, especially following the cancellations due to COVID-19, there is significant competition for the limited number of charity bibs. Many charities have opted to create applications for people interested in their bibs. Among these, A Place to Turn’s application included interviews and essays.

“So many people would write me a check right now to get that bib,” Barry said. “[So] yes, we want to make money, but we want somebody that’s passionate.”

As the amount of bibs a charity has corresponds to the size of their organization, smaller charities are only able to have a few runners represent them. When an organization has only one runner, they have to be especially selective in their process. This year, A Place to Turn selected a former volunteer.

“Her passion for food insecurity and seeing the impact that her dollars would make is really what did shine through, and why we ended up choosing her,” Barry said.

As a larger organization, Dana Farber has an average of 500 runners annually. As a result, they offer a different kind of support, a community within the runners for the non-profit.

“We’re going to run with the [Dana Farber] group, and we have so much in common with them, because we’re all doing it for the same goal,” Caulfield said.

In spite of the ups and downs of fundraising, the BAA Charity Program allows a huge group of people to endure a life-changing experience that ultimately benefits their community.

“Neither of us ever wanted to ask anyone else for money to do something that we really wanted to do,” Garfield said. “[But] we ended up feeling really good about it, because we all have a collective goal of stopping cancer.”