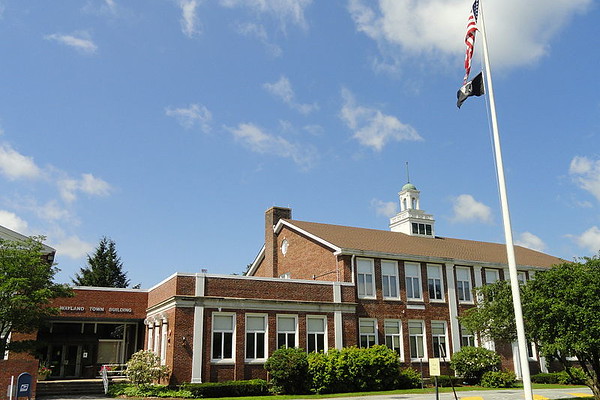 Binders are cracked, pencils are snapped and keyboards are clacked – these daily events occur at the most minute level in every school, but the haystack can sometimes become more lost than the needle when considering the overall implications and interactions of a school district’s hierarchy. Students, teachers, administrators, central office members and School Committee members all occupy Wayland’s 15.91 square miles, but the changes that happen and the forces that drive those changes can be lost without proper clarification.

Policymaking for the district begins and ends with the School Committee. The committee is comprised of five elected citizens and is presided over by a chair and a vice chair. Currently, the members of the School Committee are school administrator Nate Buffum, real estate and financial manager Kathie Steinberg, management consultant Kim Reichelt, attorney and vice chair Ellen Grieco and Jeanne Downs, chair and swim coach. The School Committee meets approximately once a week and retains final say on policy decisions in addition to overseeing WPS Superintendent Arthur Unobskey.

It seems counter-intuitive that the adults most affected by the policies the School Committee enacts should not retain a direct pipeline to the body that imposes these policies, but the relationships are carefully crafted around a system. Delaney notes that this system requires deliberate communication efforts.

“There’s not supposed to be much direct interaction between teachers [and the School Committee],” Delaney said. “In fact, that might be a source of problem.”

While the School Committee creates and passes most policies, it is ultimately the superintendent’s responsibility to ensure that the policies are properly executed and implemented.

“My job is to be the person ultimately responsible for the delivery of the educational experience for the kids,” Unobskey said. “In the heart of it, I implement the philosophies that the policies articulate.”

As the bridge between teachers and committee members, Unobskey frequently interacts with both parties.

Unobskey takes a breadth over depth approach when getting to know his district’s teachers.

“I try to observe every teacher in the district, but that’s once a year,” Unobskey said. “It’s hard to quantify how much I see teachers.”

In certain situations, teachers, administrators, central office members and School Committee members must stray from the traditional structure of communication in order to more effectively or urgently articulate ideas and concerns. Two of these situations arose by the end of 2018: mandated test recollection and school start times.

This is Part I of a three-part article. Read Part II: Mandated Test Recollection here.