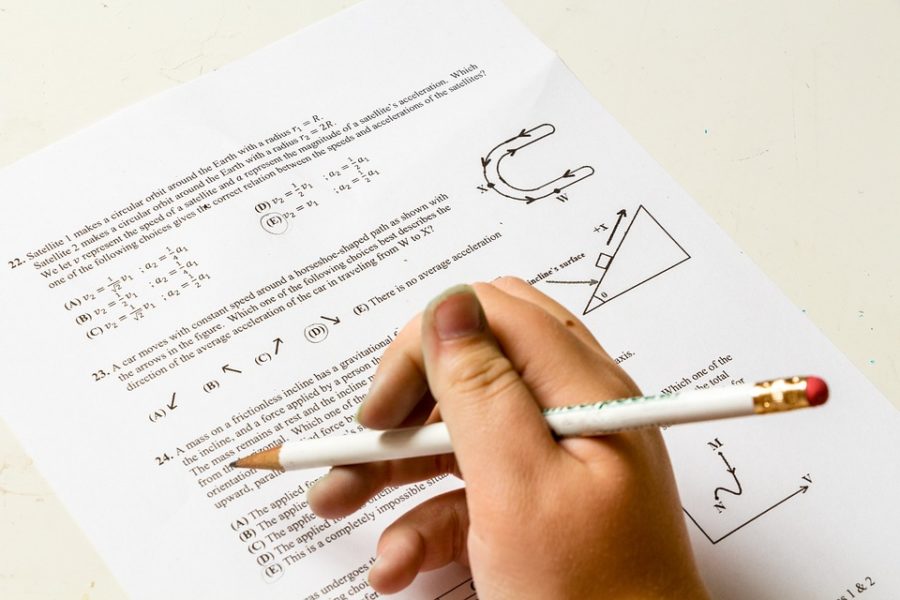 Traditionally, only the science department at WHS has mandated test recollection, which has ranged from including multiple-choice sections to entire assessments. Mandated test recollection denotes the act of requiring students to return their assessments to their teachers after a brief in-class review – they are not immediately given their tests to take home. At the beginning of the 2018-19 school year, the math department implemented the procedure across all of its courses and levels. Math department head Barbara Coughlin declined to comment for this article.

A WSPN survey of 287 WHS students, which constitutes 34 percent of the student body, was administered on Dec. 4, 2018, and found that 91 percent of surveyed math students and 67 percent of science students experienced mandated test recollection, with no other subject cracking 20 percent.

Some teachers have indicated that potential reasons behind mandated test recollection include test security, pedagogical experiments and a lighter workload for teachers. Science department head Kenneth Rideout recalls that his ability to transform subpar test questions into highly customized ones hinged on his ability to mandate recollection.

“It’s clear that the kind of [elite] test question evolution only came about after I stopped returning tests,” Rideout said. “If teachers return tests and allow the students to keep them, they may circulate in the community and wind up in the hands of future generations of students.”

Rideout declined to hold an interview but allowed WSPN to use parts of a pre-written letter in this article.

Walking Back on the Procedure

At a nebulous time period in December 2018, the math department walked back from the newly implemented procedure and began returning all tests to students. According to WPS Superintendent Arthur Unobskey, teachers, WHS administrators and Unobskey himself were involved in the discussion and process.

“I wouldn’t say that the math department said, ‘We want to go back to the way [test recollection last year] was,’” Unobskey said. “I certainly talked to them about, ‘Let’s go back to the way it was, think through what you want and articulate that as clearly as possible.’ I definitely played a role in that decision.”

Unobskey explains that the main reason why the math department is no longer mandating test recollection is due to its inability to co-exist in its current form with a Department of Elementary and Secondary Education law about student records. The law identifies a student record as a piece of work by a sole individual and rules that a student may retain full access to a student record if requested.

“There’s a student records law that says that if [a student] asks for [their student record], they can get it back,” Unobskey said.

Unobskey, however, mentions that he was not aware of the law’s full implications.

“It had never been brought to our attention that a quiz could be part of a student record,” Unobskey said. “It hadn’t even crossed my mind.”

Unobskey maintains that the law kicks in when a student requests his or her student record. According to the student survey, 40 percent of respondents indicated that a teacher has denied their request to bring a recollected test home.

However, Unobskey indicates that the discussion group that consisted of relevant administrators and teachers had no recollection of a student who was denied his or her complete student record after a formal request.

According to a Department of Elementary and Secondary Education law about student records, a request would entail access to the entire record, not just an individual test or item.

“Upon request for access, the entire student record regardless of the physical location of its parts shall be made available,” the law states.

Unobskey attests that while the mandated test recollection procedure was in place, the math department was “absolutely” following the student records law. Unobskey continues to say that several other surrounding schools also mandate test recollection but have figured out how to make their recollection procedure co-exist with the law. In order to achieve a similar goal, he believes that relevant actors needed to pull back and to figure out how to better articulate the purpose and nuances behind such a procedure.

In the scenario that mandated test recollection does not return to the math department, the rate at which teachers would have to create new tests every year would likely increase. Students would probably embrace this change, as 68 percent of student respondents suggested that teachers should create new tests and quizzes every year.

Some teachers, however, believe that the rigors that go into test creation are under-appreciated.

“The simple solution to ‘write new tests’ is completely ignorant and insulting to teachers who spend hours, days, weeks [and] even years perfecting their assessments,” an anonymous teacher and survey respondent said. “If teachers are mandated to return tests, the strength of learning will dramatically decline as the tests will be made public, and new tests each year will be unlikely.”

History department head Kevin Delaney avers that humanities tests are probably easier to create than math or science tests, and test security is less of an issue when essays are administered instead of objectively-answerable tests.

“If somebody is cheating and finding out, ‘Delaney asked question X about the Civil War,’ it doesn’t necessarily make it any easier for them to write,” Delaney said. “They still need to compose an argument, show evidence and support their claims.”

Unobskey feels that the science department’s practice of mandated test recollection should continue.

Overall, Unobskey laments his involvement in the entire situation.

“I was involved with the math piece, but it’s not something that I think was my purview,” Unobskey said. “I don’t really want to be involved. It’s the school level where the decision should be made.”

Both Delaney and the School Committee concur with Unobskey’s statement.

“The people in the trenches who know the materials and are teaching day-in day-out should be the ones who make that call instead of the central office dictating from above,” Delaney said. “I don’t think that would work well. It would be a very anti-Wayland thing to do.”

School Committee Chair Jeanne Downs mentions that although members of the School Committee were involved in the process and decision, there was no official policy passed by the body as a whole.

“We did not play an official role,” Downs said. “We can only make a decision in an open meeting, around a table and with a vote. We never discussed, as a committee, test recollection until December. It had been going on for a while then.”

Downs, however, mentions that there were unofficial discussions about the issue.

“[The infrequency of official discussions] is not to say that we, as individuals, did not have a conversation with Dr. Unobskey about it when it was being talked about,” Downs said.

Similar to Unobskey, Downs wishes that she did not have to become involved in the matter.

Impact on the Teacher/School Committee Relationship

Although not as many teachers interacted with the School Committee about test recollection compared to school start times, the situation garnered attention from both local media and community members. After its resolution, nearly all involved actors agree that several misconceptions about the topic have arisen.

“[I am] simply confused,” Delaney said. “The entire process shows how important clear communication is for all the parties involved.”

Downs believes that the situation did not alter the relationship between teachers and the School Committee.

“It was a very public event,” Downs said. “It was out there. It was out in the community a lot on different social media platforms. I hope we still have a good relationship. In the School Committee’s eyes, the [issue] didn’t affect our relationship.”